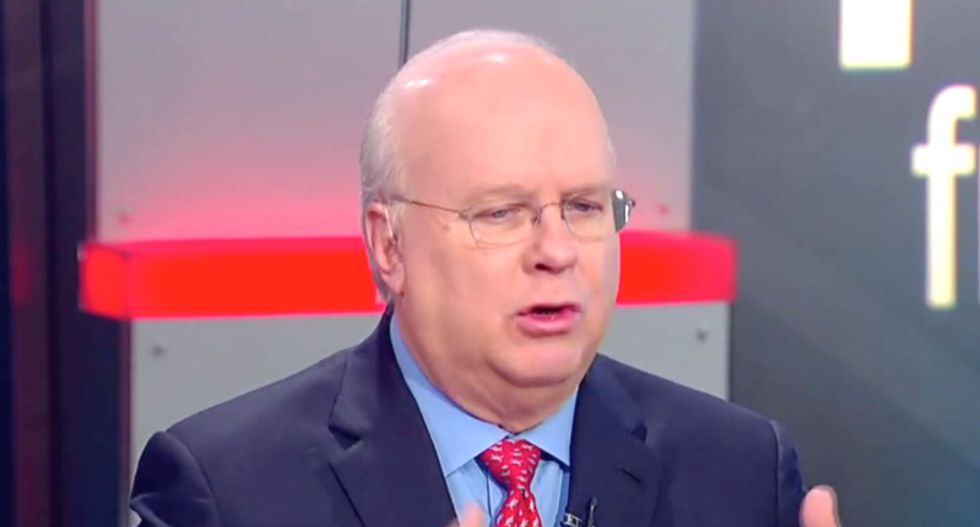 Fox News contributor Karl Rove can read the tea leaves -- and was already predicting a Democratic victory in the House on Monday, 24 hours before election day.

Rove joked that he didn't want to make any predictions, but added that historically "the party in power loses seats."

"If it gets down to five or six or four, Republicans keep the House," he said hopefully. "Realistically the odds are Democrats take the House and take the House narrowly." He also expected Republicans to maintain a narrow hold on the Senate.