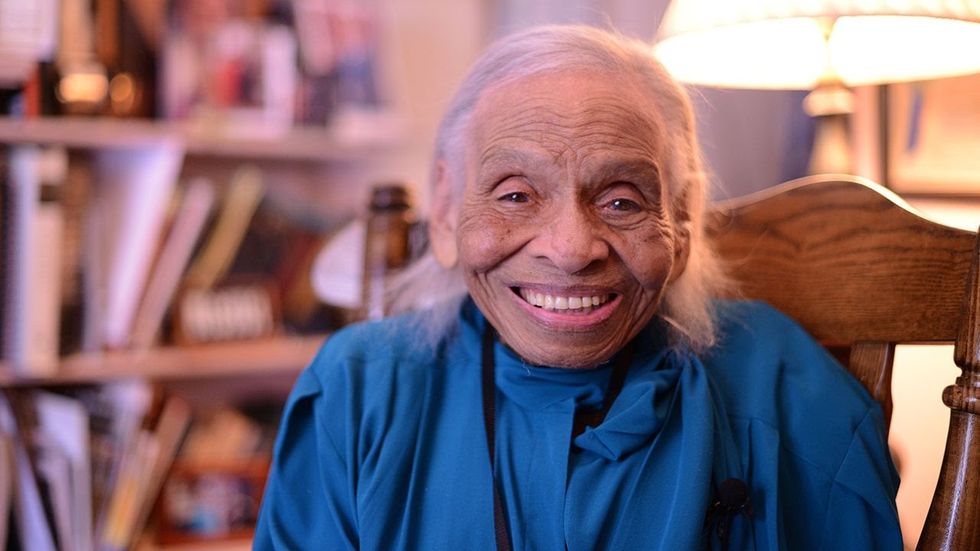 The last known survivor of the Tulsa Race Riot of 1921 -- and the first black woman to enlist in the Coast Guard -- died at the age of 103 on Thanksgiving Eve.

Tulsa's KFOR reported that Dr. Olivia Hooker was just six years old "when her entire neighborhood was decimated in the chaos" of the the riot sometimes referred to as the "Tulsa Pogrom."

Hundreds of people were killed in the massacre and more than 800 were injured.

Hooker's mother, NPR reported earlier in 2018, hid her and her siblings under a table while white men trounced through their backyard with torches.

Her family left Oklahoma after the riots and moved to Columbus, Ohio, and she later attended the Ohio State University where she advocated for female admittance to the Navy, the American Psychological Association noted of the pioneering psychologist.

She joined the Coast Guard in 1945, the Department of Defense noted in a 2013 profile, and was one of five black women in her class.

Hooker later became a renowned psychologist and civil rights activist and worked to create the Tulsa Race Riot Commission in 1997 which KFOR noted was a project that investigated the riots and advocated for reparations.

"For decades, Oklahoma schools did not talk about it," Sen. James Lankford (R-OK) told KFOR. "In fact, newspapers didn’t even print any information about the Tulsa Race Riot. It was completely ignored. It was one of those horrible events that everyone wanted to just sweep up the rug and ignore."

Family and friends told the location station that Hooker is to be buried in New York.

Read posts commemorating the celebrated psychologist's life and legacy below:

RIP Olivia Hooker. She was the last survivor of the Burning of Black Wall Street, a racially motivated attack. It… https://t.co/wae7jO5P12
— 3ChicsPolitico (@3ChicsPolitico) 1542818428.0