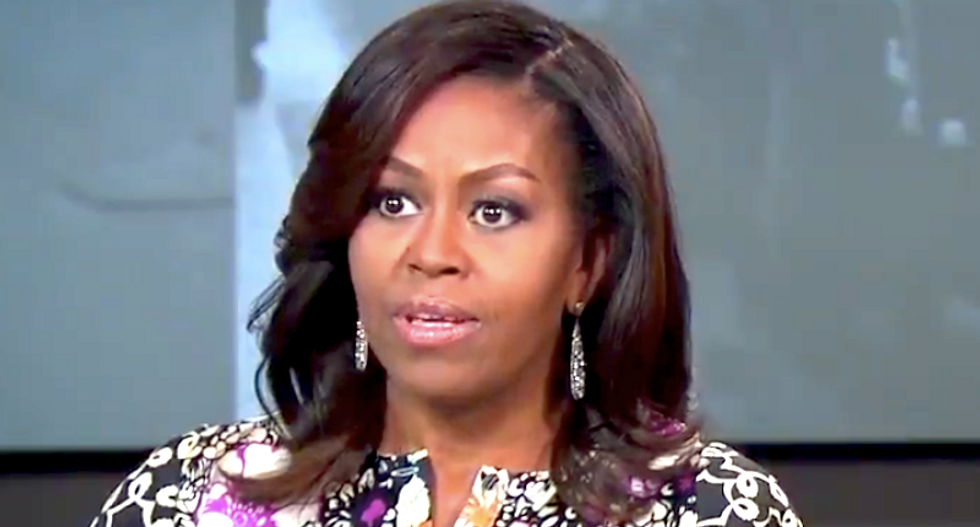 According to a report in the Washington Post, a "Little Free Library" bearing a plaque honoring former First Lady Michelle Obama has been continuously under attack by Trump-loving vandals.

The reports states that the library, set up outside at home at 16th and Q streets in Northwest Washington, D.C. since early 2017, has had its glass broken and the name "Trump" scrawled upon it.

"Little free libraries" dot the country, looking like birdhouses and containing books that anyone can borrow, read and replace.

According to Maureen Dolan-Galaviz, who erected the library, she can't understand why anyone would vandalize the library which bears the plaque stating, "In Honor of Michelle LaVaughn Robinson Obama. Lawyer, writer, and First Lady of the United States.”

“Who would do that?” Dolan-Galaviz said in an interview. “If there is one thing that should be off limits it’s the idea that we all deserve access to books.”

“I’ve never seen the vandal,” said neighbor Debby Hanrahan, 79. “None of us have time to stand guard and protect it.”

“We are a neighborhood of writers and readers,” she added. “For somebody to have something out for a little library, I just can’t fathom it.”

According to the report, police haven’t received any reports about the vandalism, with locals attributing the attacks to racism.