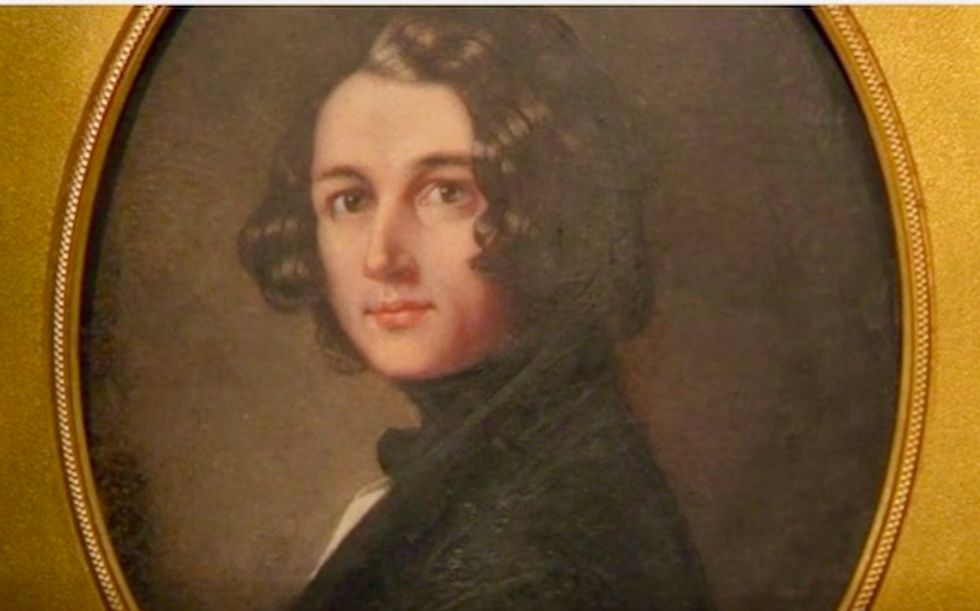 A youthful portrait of British writer Charles Dickens that went missing for 150 years will go on display in London this week after being found covered in mould next to a metal lobster at a market in South Africa.

The painting shows the Victorian writer clean shaven, with long, wavy hair, looking over his left shoulder, a contrast to the more common image of an ageing Dickens, with long bushy beard and messy, balding hair.

The portrait was last on public display in 1844 at the Royal Academy of Arts in London, only to then disappear some time after, with Gillies writing in a letter in the 1860s that she was unsure of its whereabouts. After a fruitless search, she reported it unaccounted for in 1886.

The five-and-a-half inch (14cm) high oval portrait was found late last year in KwaZulu-Natal by an unknown buyer and has since been restored.

London Art dealers Philip Mould and Company now own the painting, which will go on display at the Charles Dickens Museum this week.

“Dickens was a celebrity, people followed him down the street and so with that dramatic twist of the head she has caught that, she has caught the man that turned heads himself,” Philip Mould told Reuters.

The Dickens Museum, situated at the author’s former home, is trying to raise money to buy the portrait at a reduced price of 180,000 pounds.

“This must never escape again. This is such an important, emotive face at such a critical time in his career,” Mould added.