'They made this up': Furious Georgia Dem chair says FBI hasn't reached out about hacking because it never happened 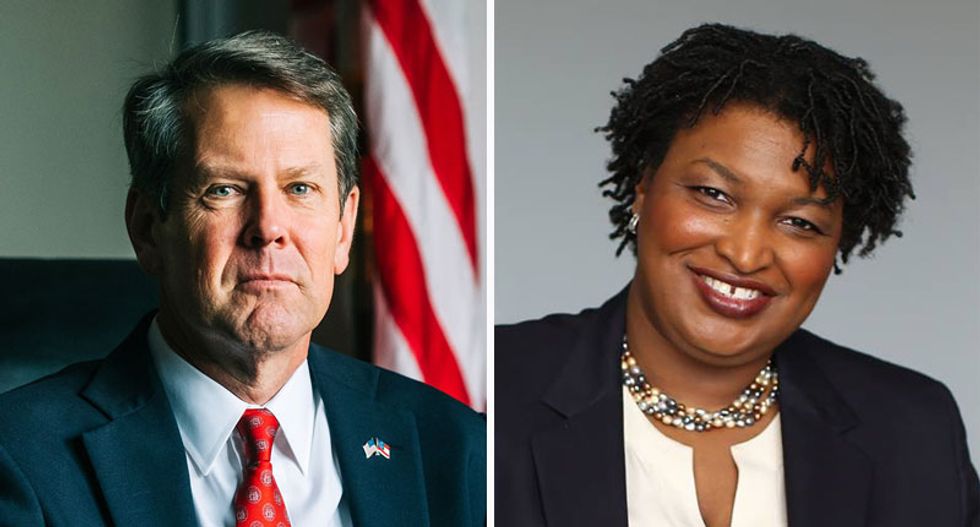 The Republican Secretary of State of Georgia has a new conspiracy theory just days before the election, and he's blaming Democrats.

According to Brian Kemp (R-GA), who's in a tight race against state Rep. Stacey Abrams (D-GA) for governor, the state Democratic Party hacked the voter rolls but weren't able to steal anything or change anything. Kemp provided no evidence to back up his claim, and it's unclear who is investigating the claims.

Democratic Party chair DeBose Porter said that the FBI, who has jurisdiction in such cases, hasn't reached out to him or anyone affiliated with the Democratic Party. He explained that it never happened and that's why the FBI isn't involved and hasn't launched an investigation.

"This is simply an attempt to detract from his own record," Porter told CNN's Anderson Cooper Sunday. "Remember, this is a Secretary of State that mistakenly released 6 million voters' Social Security numbers twice. What's unnerving is that he has used the Secretary of State's office and its official spokesperson on this made-up story."

"But the FBI -- they are investigating, aren't they?" Cooper asked.

"Not that we're aware of, because there's no hacking," Porter explained. "There's no attempt of any hacking from the Democratic Party. This is another part of his attempt to suppress the vote, to make people scared of going to the polls on Tuesday because the only way to fight abuse like this is to go to the polls and outvote him, beat him at the polls. That's what I'm asking theme do because this is absolutely outrageous."

The FBI hasn't commented to any press about whether or not there is an investigation. If the Secretary's voter rolls were hacked, it happened on Kemp's watch. Porter noted he released private information of voters twice and now Kemp is saying the voter rolls were hacked under his leadership. If Kemp doesn't accuse Democrats, the blame then turns to him for why he can't secure the personal data of millions of Georgia voters.

On Friday, writing for The Washington Post, George Washington University law professor Randall Eliason tore into John Durham, the special counsel hand-picked by former President Donald Trump's associates to investigate the so-called "Deep State" agents purportedly trying to bring him down from within federal agencies with the Russia investigation.

Eliason started off his column by asking rhetorically, "This is the best Donald Trump's chosen investigator can do?"