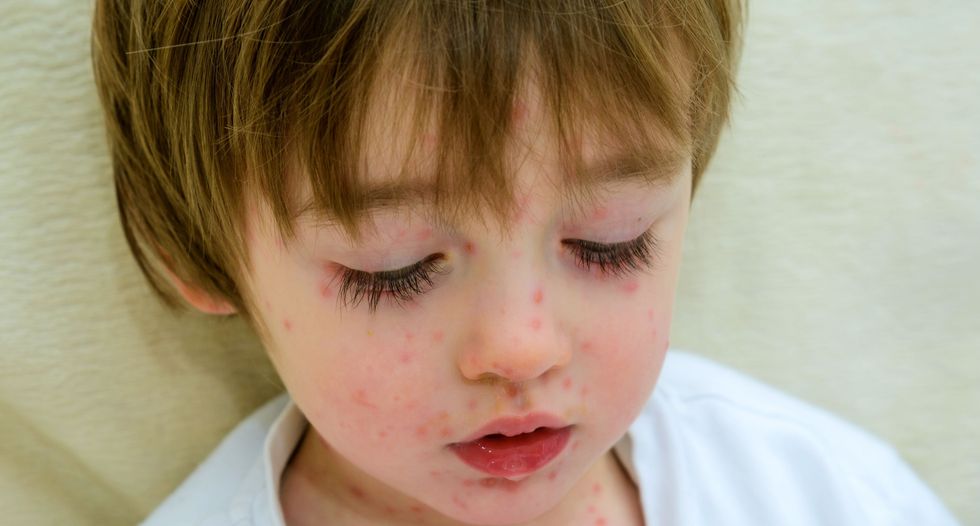 A North Carolina town known as a stronghold of anti-vaccination activists is dealing with the largest outbreak of chickenpox in two decades.

According to the Washington Post, the Asheville Waldorf School in Asheville, NC has reported seeing 36 separate chickenpox infections this year, the highest number the school has ever seen since the chickenpox vaccine first became available in the United States in 1995.

Asheville is home to many families who claim religious exemptions from vaccinating their children, the Post reports, and it cites Centers for Disease Control statistics showing that "the percentage of children under two years old who haven’t received any vaccinations has quadrupled since 2001."

What's more, North Carolina's Department of Health and Human Services has found that the Asheville Waldorf School has one of the highest rates of families who cite religious exemptions to vaccines of any school in the state. In total, just 42 of the school's 152 students -- roughly 28 percent -- had received the chickenpox vaccine.

Despite this, some parents in Asheville are not concerned about the impact their decisions are having on public health.

"What’s the big deal with chickenpox?" Asheville resident Amy Gordon told the Asheville Citizen Times. "If I was a parent with a kid who wasn't vaccinated, I'd want to send my kid to the Waldorf School to get chickenpox."