Michelle Obama jokes that her 17-year-old daughter may run for president if even Trump can win: 'Everybody's qualified' 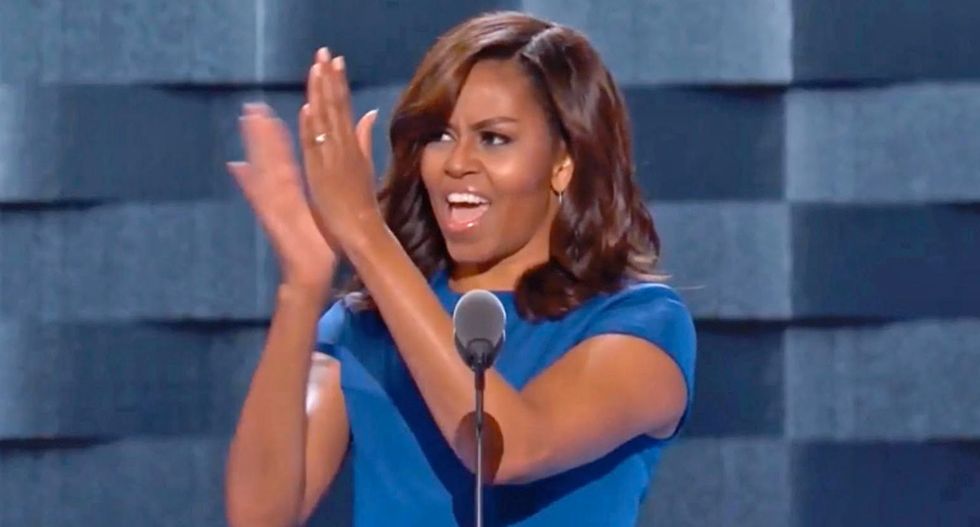 Former First Lady Michelle Obama on Tuesday joked that her daughter, 17-year-old Sasha Obama, might as well run for president in 2020 if even someone like President Donald Trump can make a successful run.

In an interview with ABC's "Good Morning America," Obama was asked what she thought of prospective Democratic candidates heading into 2020.

"I think, at this point, everybody's qualified and everybody should run," she said, eliciting laughter from the studio audience. "I might even tap Sasha! Sasha, you got some free time? I think you'd do a great job."

"Are you saying that because of what we currently have?" ABC's Robin Roberts asked, in a clear reference to Trump.

The former first lady laughed at this -- and then Roberts pointed out that she was the one who "went there" by saying that even her teenage daughter is now qualified to be president.

"No, you went there!" Obama objected laughingly.

She then clarified her remarks.

"Right now... we should see anybody who has the passion to get in this race, we need them in there," she said. "I think the process will play itself out. I haven't really been paying attention and looking at the candidates... it's still early."