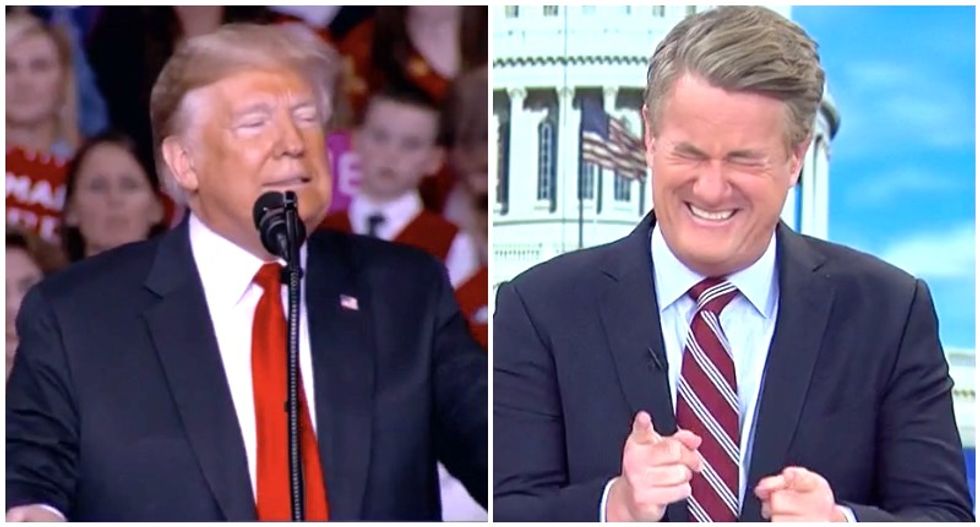 The president described anti-fascists as "bad people" during a rally Sunday in Macon, Georgia, and urged "Bikers for Trump" to violently clash with them.

"I've got to say it's kind of crazy, just kind of crazy," Scarborough said, after hooting with laughter. "I don't think it's helping either, because if you look at the polls that are coming out."

"What does that even mean?" he said. "Did he not see what happened when Mick Jagger hired Hells Angels at Altamont?"

Hells Angel Alan Passaro fatally stabbed 18-year-old Meredith Hunter at the infamous 1969 music festival at a California speedway after the black teen attempted to climb onstage as the Rolling Stones performed, and then drew a pistol after he was confronted by the biker security guards.

"It's a very short step from that rhetoric to saying that I want some volunteer citizens to provide security at my rallies and to bring their weapons," Scarborough said. "That puts us spiraling into a terrible direction."