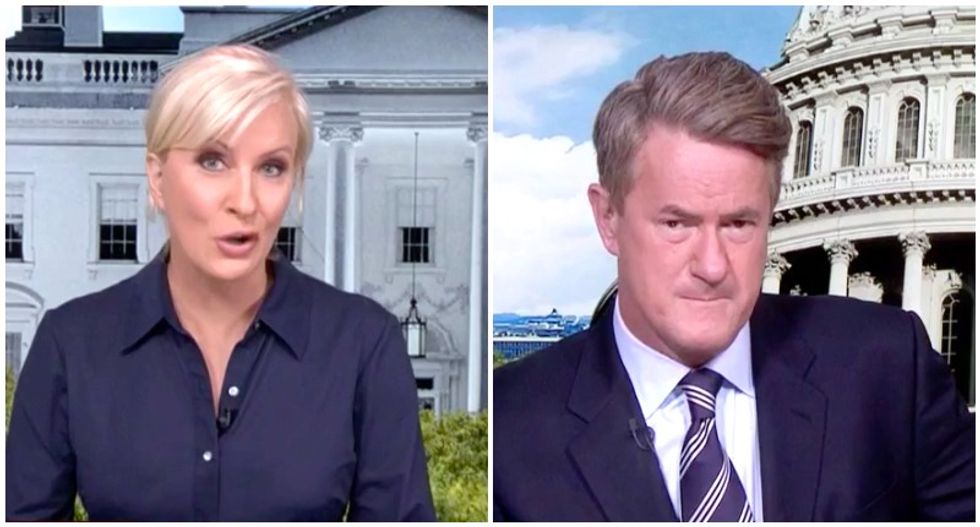 The "Morning Joe" host said the president's fundamental misunderstanding of the U.S. Constitution prevented him from understanding how much he'd lost -- but she said he was becoming more fearful with each realization.

"I don't think the president completely understood what losing the House meant," Brzezinski said. "I think he thought, well, the Senate is bigger ... or more higher level. I don't think he understood that he actually has to hand over his tax returns if compelled, that he has to answer."

"He has nowhere else to go," she added. "I don't think he fully understood that. It's happening now, he's getting it."

Host Joe Scarborough said Trump simply didn't understand the system of government established by the Constitution, and he didn't care about what limited portions he did grasp.

"I think he's only now beginning to understand the full scope of how much his power has been diminished and why he's weaker today than he's ever been in Washington, D.C.," Scarborough said.

Brzezinski said that slow-dawning reality was dragging the president to an increasingly dark place.

"The pattern of his personality was that he was freaking out, waiting by the phone and pacing around and losing his temper because he was feeling cornered," she said. "So what happens next? This White House is looking increasingly exposed. They're not able to keep a lot covered up, and it appears cornered, and we've seen what that looks like. It's not good."