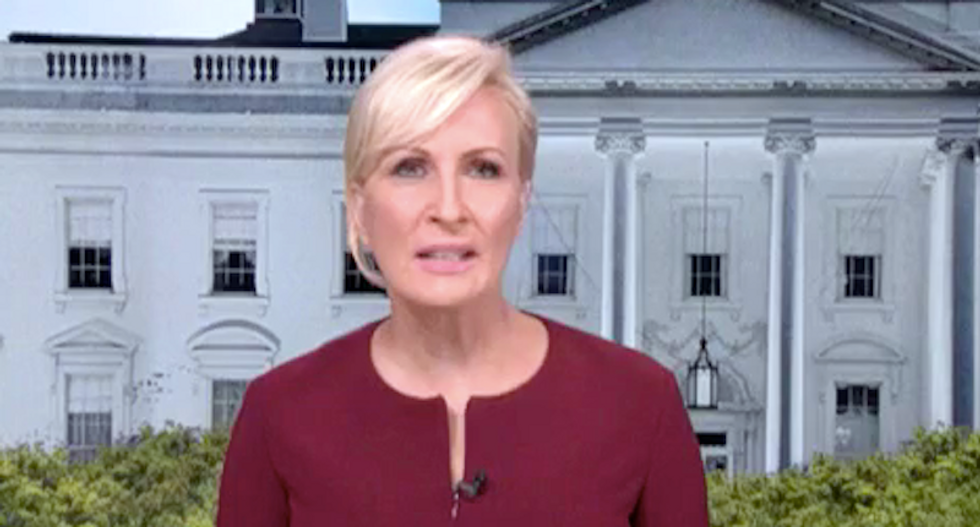 The “Morning Joe” co-host said the president was so unpopular in so many parts of the United States that Democrats might have nothing to lose by opening the floodgates.

“There have been so many unimaginable things in this presidency,” Brzezinski said. “Just sort of flashes in my mind, are the president visiting Paradise, California, and then doddering around, calling it ‘Pleasure,’ and getting the name wrong in light of hundred of people -- possibly, ultimately, when the numbers are counted -- dying there in flames, an entire town decimated. He doesn't even get the name right.”

“Puerto Rico, another disaster, throwing paper towels at the people as if they are minions and the king is sending them candy or something,” she added.

Brzezinski wondered whether Democratic lawmakers might try to drive him from office with a cascade of subpoenas.

“For a Democrat or for anybody who feels that Trump may be a little crass,” she said, “this has been a horrible time watching this presidency unfold. I wonder if he's sowed so much doubt and resentment that when the Democrats come calling, they are going ask for everything.”