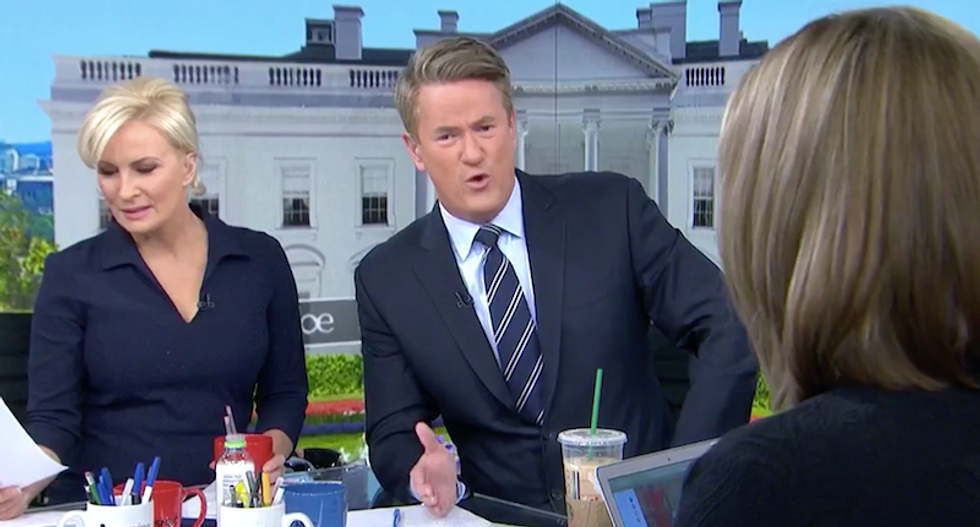 MSNBC's Joe Scarborough blasted President Donald Trump and other Republicans for trying to block votes from being counted in Florida.

The gubernatorial and Senate races in Florida appear headed for a recount, and Trump, Sen. Marco Rubio (R-FL), Gov. Rick Scott and Rudy Giuliani have suggested Democrats are trying to steal the elections by insisting that every vote is counted.

"You actually have Republicans, Marco Rubio, in the fever swamp of conspiracy theories," Scarborough said. "You talk about Trumpism, and Rick Scott and Donald Trump, they're arm and arm and shoulder to shoulder saying that it's a conspiracy for every vote to be counted."

Scarborough, a former GOP lawmaker from Florida, said the situation was flipped from the state's infamous 2000 recount.

"The Bush recount, at least what we were doing in northwest Florida, we were fighting like hell to make sure every military vote got counted," he said. "That's what we were trying to do, and it was the Democratic lawyers trying to stop that. I know, I was there for 38 long days."

"We made sure every vote was counted, and 18 years later, Marco Rubio actually wants the make sure that Florida citizens' votes aren't counted," he continued. "Rick Scott is freaking out. He doesn't want ballots to be counted. This is third-world country stuff coming from the Republican Party, who I would think, if if they wanted to be consistent with 2000, would be fighting to get every vote counted."