MSNBC's Morning Joe reveals horrifying truth about Trump's 'personality cult': 'They're being lied to -- and they don't care' 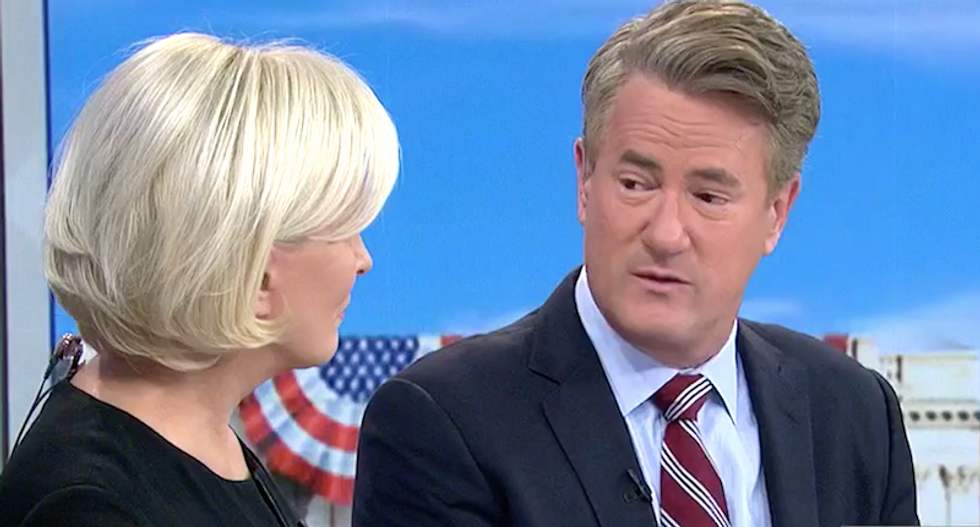 If Republicans maintain their congressional majorities, MSNBC's Joe Scarborough said that win will be because of -- not in spite of -- President Donald Trump's lies about an immigrant "invasion."

The "Morning Joe" host said the president has essentially made the election a loyalty test for GOP voters.

Scarborough said the president has been peddling racist lies to rally his supporters -- and the strategy appears to be working.

"By the way, a complete lie," Scarborough added. "Then they tell the people, you know, he's lying -- oh, it's your word against his. They will say, 'No, here, he's lying,' and they will go, 'Well, he's trying.' They're being lied to every day and they don't care. They're voting for somebody that they know is a liar."