'One justice is not waiting to take a first punch': Here's why Trump's attack on John Roberts was a big mistake 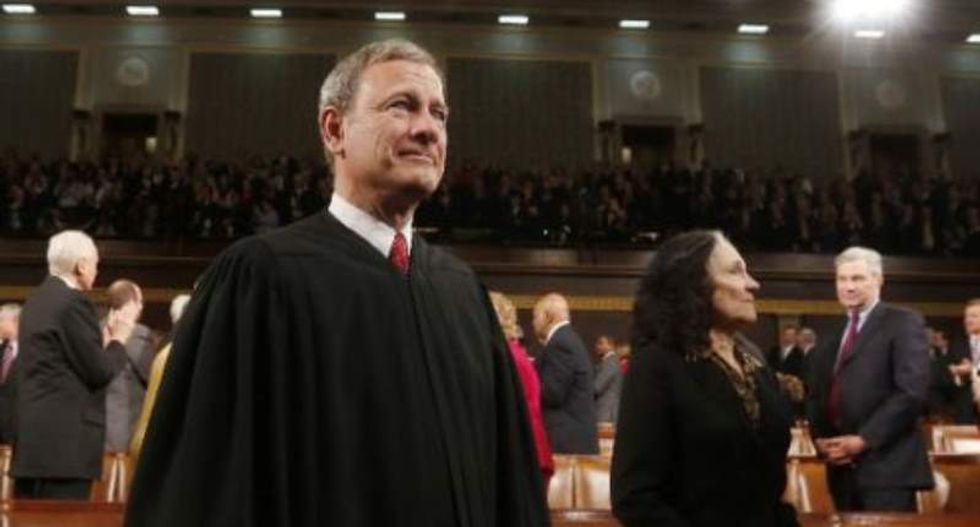 On Wednesday, President Donald Trump picked a fight with Supreme Court Chief Justice John Roberts, scorning his remarks that judges do not serve presidents and telling him to "study the judiciary more" in a tweet.

His remarks are a horrifying assault on the independence of the judiciary — leaps and bounds worse than the time President Barack Obama criticized the Citizens United ruling to the justices' faces at a State of the Union Address, which at the time was a huge controversy.

But more than that, it was a profoundly stupid move from Trump. As MSNBC's Ari Melber explained, Trump's attack on the chief justice adds to his pattern of contempt for the law and impulse to bully independent government officials into giving him what he wants — which could make it that much easier for someone like Special Counsel Robert Mueller to lay out a case he committed obstruction of justice.

"Donald Trump's literally trying to get his domestic opponents indicted, while his lawyers are demanding an end to the probe into his White House, while also installing a staffer as now acting attorney general who has criticized the Mueller probe repeatedly, and pushing the campaign to oust and potentially prosecute another witness," said Melber. "All this comes after reports that Trump, of course, also tried to fire Bob Mueller as recently as December."

"Take it all together," said Melber. "Anyone of those things could be an element of the crime of obstruction. But together, a prosecutor or, in our system, a Congress, could find that all of those things are grounds for much more. Which is why Trump's own lawyers, we reported last night, thanks to The New York Times, are warning him of impeachment over just some of that, and why any process to hold Trump accountable may wind up before — yes — the Supreme Court."

If Trump were to be impeached, Roberts would preside over his trial in the Senate, although in that case,  he would not actually have power over the verdict, which would be decided by a Senate vote. But Roberts might also have to rule on Trump's fate earlier in the process — if, for example, the Supreme Court has to decide whether Trump must comply with a subpoena from Mueller.

"At least one justice is not waiting to take the first punch on behalf of that institution," Melber concluded, "But is instead moving first for judicial independence, and clearly against Donald Trump."