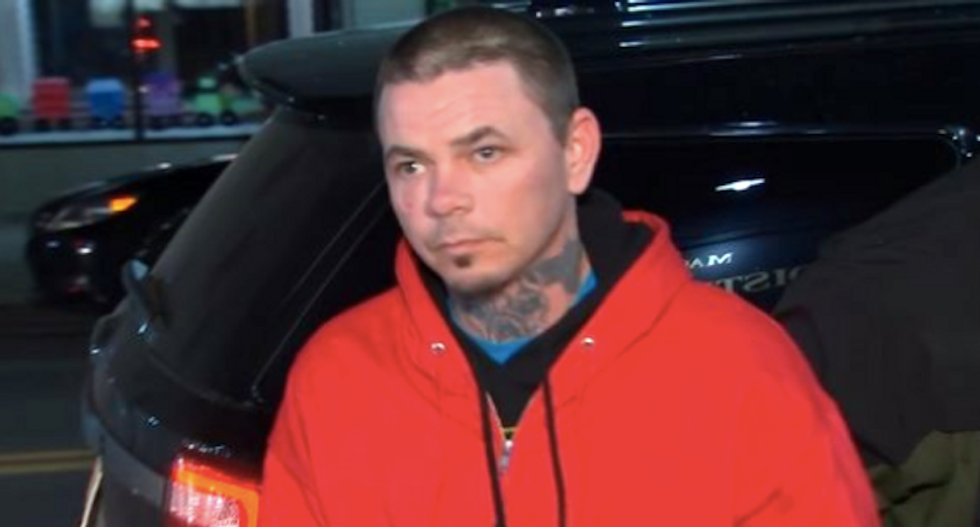 A western Pennsylvania man allegedly impregnated a teenage girl and then strangled the newborn infant child and encased its body inside a safe sealed with concrete.

Christopher Lee Kennedy was arrested Wednesday in connection with the 2017 homicide, reported WPXI-TV.

Police said the 38-year-old Kennedy, who lived near the Ellwood City family and worked with the teen's father for several years, had sex with the girl at least 10 times in her bedroom.

Kennedy moved in with the girl's family in January 2017 after he broke up with another girlfriend, and the teen said their sexual relationship began about three years earlier.

The girl got pregnant last year, when she was 15, and she told police that she and Kennedy made several attempts to end the pregnancy using vitamins and herbal supplements and agreed not to tell anyone the baby was his.

She gave birth Oct. 9, 2017, in a bathroom at her family's home, and the baby's body was discovered several weeks later.

The girl was hospitalized 11 days later, on Oct. 20, 2017, after telling her parents she'd fallen down some stairs.

She spent eight months in the hospital, and she was placed on a ventilator and underwent 35 surgeries due to complications from the supplements Kennedy convinced her to take.

The teen initially told police that she had strangled the newborn and hidden its body, but she later admitted she had lied to protect Kennedy.

Kennedy was downstairs when she gave birth but came upstairs and strangled the infant in the bathroom before placing its body in a plastic tote bag, then sealing it inside a safe with cement.

Police discovered the remains hidden inside the family's home.