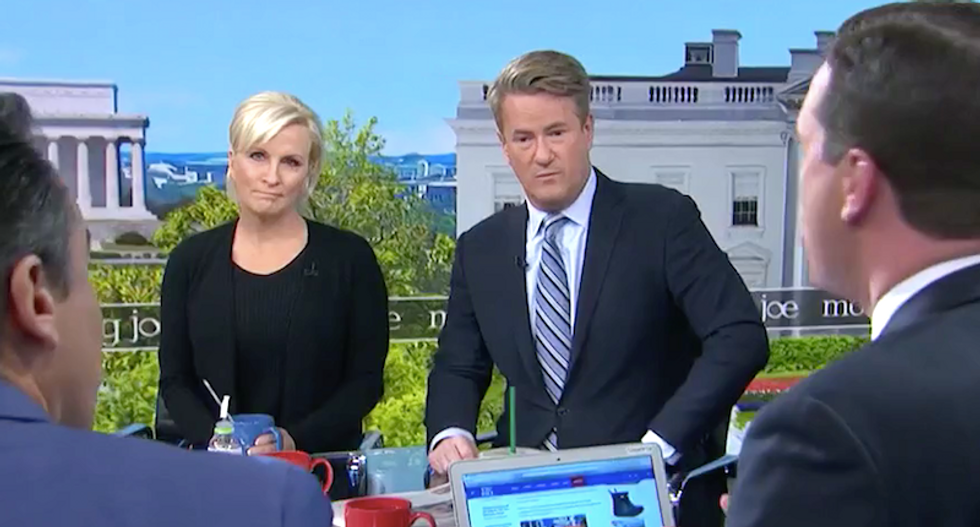 MSNBC's Joe Scarborough said President Donald Trump is "freaked out" now that Democrats gained subpoena power over him after retaking the House of Representatives.

The "Morning Joe" host said the president's unhinged news conference Wednesday -- and his firing of attorney general Jeff Sessions -- was a response to the midterm election results.

"The bottom line is, he lost big time yesterday," said co-host Mika Brzezinski. "He hates losing. On top of it, Democrats have gained the power to basically ask him every question they finally want the answer to."

"Donald Trump was freaked out yesterday," Scarborough said. "Everybody could see how freaked out he was. It was embarrassing watching him fire Jeff Sessions."

Scarborough said the Sessions sacking, and his deeply conflicted temporary replacement, should be considered additional evidence in the special counsel probe Trump's trying to stop.

""(If) you're (Robert) Mueller, you're putting together this obstruction of justice charge, and he has this hole in the puzzle," Scarborough said. "What can I put there? Oh, he fires the United States attorney general and appoints a hack, and may not have done that legally, to obstruct justice and stop this investigation."

Scarborough said House Democrats can then task Mueller to complete his investigation under for them.

"If Donald Trump gets rid of Mueller, now the Democrats can hire him, he can now work for the House of Representatives and if they want to send all the information -- they're going to send it to the states," he said. "He thinks he's going to stop his children, if they've done something wrong, from going to jail. They'll just be in state jail instead of the federal penitentiary."

"By the way, no pardoning if any of these people are sent to state jail," he added.