Retired Army colonel and Medal of Honor recipient: Donald Trump is 'a man without honor' — and his entire base knows it 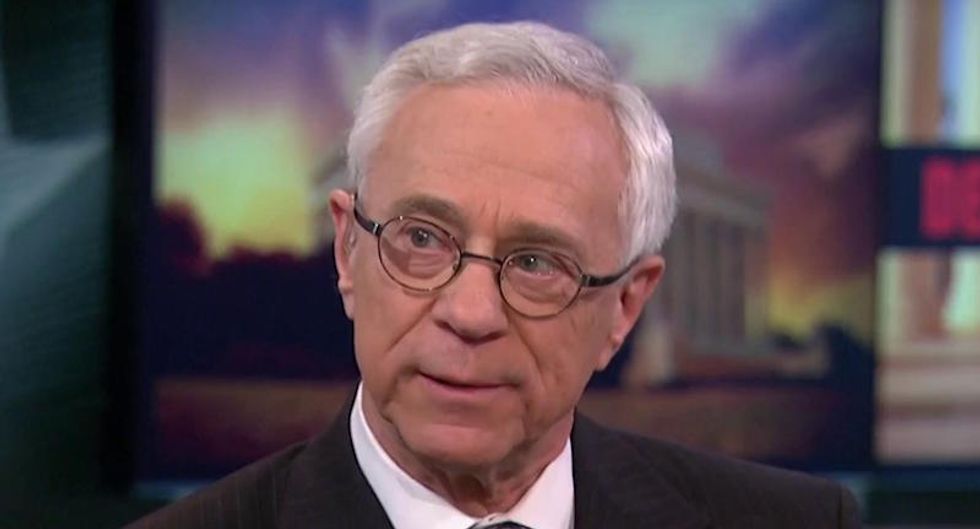 In a Sunday interview with Fox News' Chris Wallace, Trump opined that the SEALS should have taken down bin Laden "a lot sooner." The Republican National Committee soon followed his lead and suggested McRaven was a shill for Hillary Clinton.

Retired Col. Jack Jacobs told MSNBC's Nicolle Wallace that military leaders who work for Trump are likely "nauseated" at having to do so given all of his attacks on veterans.

"You have to do what Einstein called a 'thought experiment' and ask yourself the question, why would any of these people work for this administration?" Jacobs said. "And if you get them up against the wall and ask them that and you're inside the cone of silence, they'd probably say that they do it because nobody else can or nobody else would."

Veterans like Defense Secretary Jim Mattis "and others stay out of honor," the retired colonel said, adding that this "is the greatest frustration for Donald Trump."

"The nation chooses to bestow honor on certain individuals," Jacobs said. "One cannot claim honor for themselves. As a nation we bestowed honor on Admiral McRaven...on the Khan family, on their son who gave his life in service to our country. On men like John McCain for their heroism."

"Donald Trump, this is a man without honor who desperately wants it," he said.

"Even his supporters acknowledge" that Trump has "no kindness, no empathy, no understanding," the Medal of Honor recipient added.

"Even his supporters who say, yes, but we get tax cuts and, yes, but we get Obamacare repealed, they'll admit and tell you they look the other way at this president's dishonorable conduct," Jacobs said. "And that, ultimately, when we hear these outrageous comments from the president always comes back to his supporters who refuse to speak up or worse, the national Republican Party today who doubled down on hitting Admiral McRaven and getting the president's back."