'Pick up the phone and say I apologize': Medal of Honor recipient rips Kelly and Trump over fallen soldier response 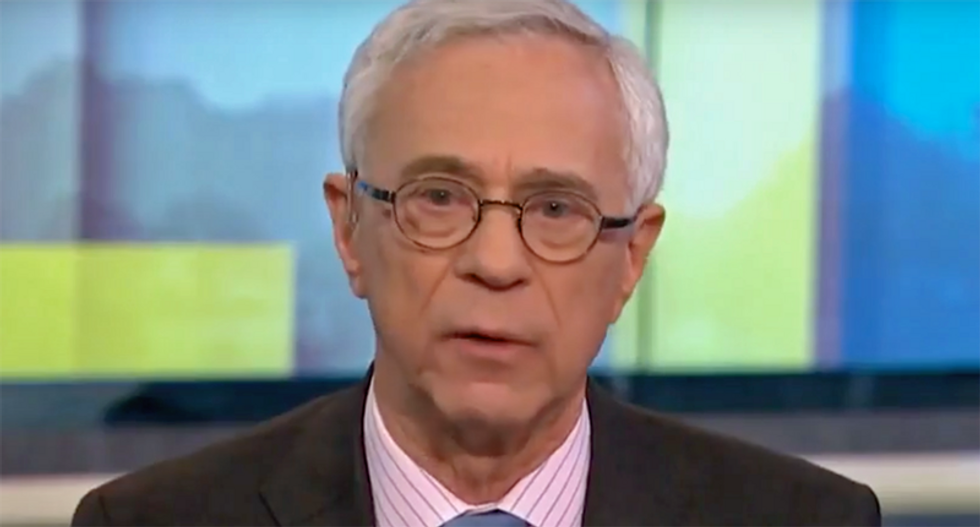 MSNBC anchor Joy Reid brought together a panel of guests for "AM Joy" Saturday to examine the ongoing feud President Donald Trump and his administration have been waging against Rep. Fredericka Wilson despite video evidence proving the popular congresswoman was correct.

"She is at that funeral as we speak," Reid noted of Rep. Wilson. "While General Kelly and his boss, Donald Trump, are still standing by their attacks on her. Like I said, extraordinary."

"Donald Trump likes to hide behind his generals, he likes to push them out front in order to give himself credibility. What do you make of General Kelly's willingness to be used in that way this week and then to add this extraneous story that turns up not even to be true slamming the congresswoman?" Reid asked Colonel Jack Jacobs (U.S. Army, Ret.).

"Well, it's quite surprising because I know -- I don't know him very well, I'm not that close to him -- but I know General Kelly...I'm quite surprised," the Medal of Honor recipient explained. "Attacks like this don't make any sense from anybody."

"If it were I, I would," Jacobs acknowledged. "I mean, I'd pick up the phone and say, 'look, this has gone far enough, I apologize.' But that should have been the case from the very beginning when whatever is emanating from the White House was inaccurate as well."

Jacobs noted this would have been easy for Trump to have put behind him.

"I can say this about Donald Trump, he's not real good at talking," Jacobs pointed out. "If I were Trump, I would have picked up the phone and said, 'look, that was my ham-handed way of being sympathetic, I'm not good at that and I apologize.' And all this stuff would have been over."

"Right now, I think today is the day that this controversy needs to stop," Nance suggested. "Right is right and wrong is wrong -- and this needs to be set right."

"General Kelly needs to apologize to Congresswoman Wilson," Nance advised. "And he needs to talk to the president and shut this thing down and from this point onward we need to honor these fallen soldiers."

"It's not going to stop because Donald Trump this morning, got up bright and early and starting tweeting again...attacking Congresswoman Wilson," Reid reminded.

I hope the Fake News Media keeps talking about Wacky Congresswoman Wilson in that she, as a representative, is killing the Democrat Party!
— Donald J. Trump (@Donald J. Trump) 1508587636.0

"So Donald Trump doesn't want it to end and he doesn't want the discussion to be about the fact it took him 13 days to call the families of these four fallen soldiers," Reid concluded. "He wants it to be about Congresswoman Wilson."

"Yeah, Joy, for every Trump controversy there seems to be a black woman that this administration wants to take down publicly, dehumanize, and really just try to destroy and it's incredibly dangerous, troubling, and disgusting," Karine Jean-Pierre, a senior advisor at MoveOn.org explained.

"This is what this administration continues to do, because they're so by afraid of powerful black women and so that's how they cover up their controversy is by finding one they can take down," Jean-Pierre suggested.

"Not only that, you have his aides, John Kelly and Sarah Huckabee Sanders, that come out behind the podium that's supposed to be sacred -- I worked in the White House, that is supposed to be incredibly sacred and they are working the people," Jean-Pierre explained.

"And all they do is give more lies to Donald Trump's lies and then when they're caught in lying, they double down on those lies," Jean-Pierre noted.

"This is just the biggest mess and i think that I am in agreement with the majority of America that this is a week-long scandal that should have never happened and the White House keeps making it worse," conservative strategist Sarah Rumpf admitted.