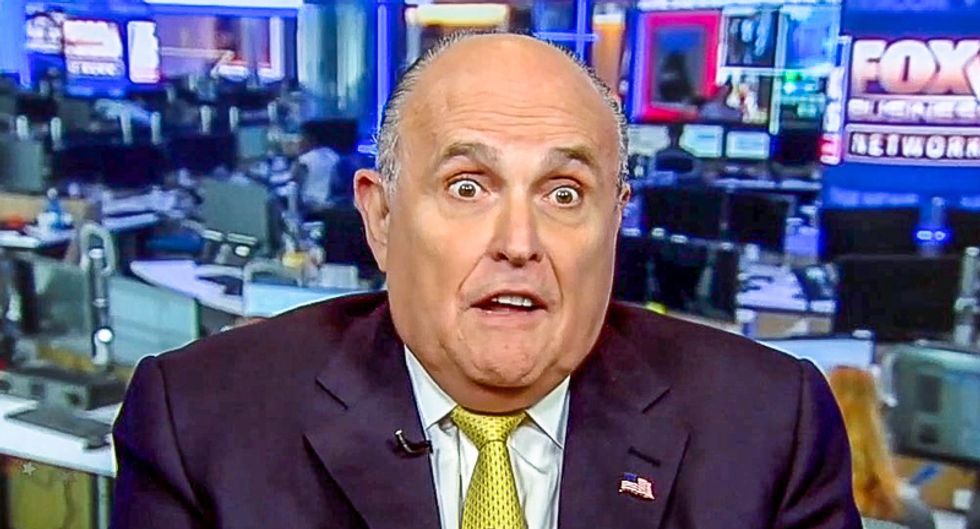 Trump attorney Rudy Giuliani on Thursday directly contradicted President Donald Trump and said that former "fixer" Michael Cohen did lie to Congress about his dealings with Russian officials to build a Trump Tower in Moscow during the 2016 presidential campaign.

"It's no surprise that Cohen lied to Congress," Giuliani said. "He's a proven liar who is doing everything he can to get out of a long-term prison sentence for serious crimes of bank and tax fraud that had nothing to do with the Trump Organization."

Trump on Thursday accused Cohen of lying in his guilty plea of making false statements to Congress about Trump Tower Moscow, and he said Cohen was only pleading guilty to lying as a ploy to get his prison sentence reduced.

Giuliani, however, said that Cohen legitimately lied to Congress when he claimed that talks about building Trump Tower Moscow stopped in January 2016, when they actually went on through the summer, even as Trump locked up the Republican Party's nomination for the presidency.

In addition to admitting that he lied about Trump Tower Moscow, Cohen also may have implicated Donald Trump Jr. in lying to Congress. Specifically, Cohen admitted in court that he regularly briefed both Trump and members of the Trump family on progress being made on Trump Tower Moscow.

Donald Trump Jr. testified under oath last year that he only had "peripheral" knowledge of the Moscow project.