Sam Donaldson unloads on Trump's 'small base': They don't run this country -- 'and they never will' 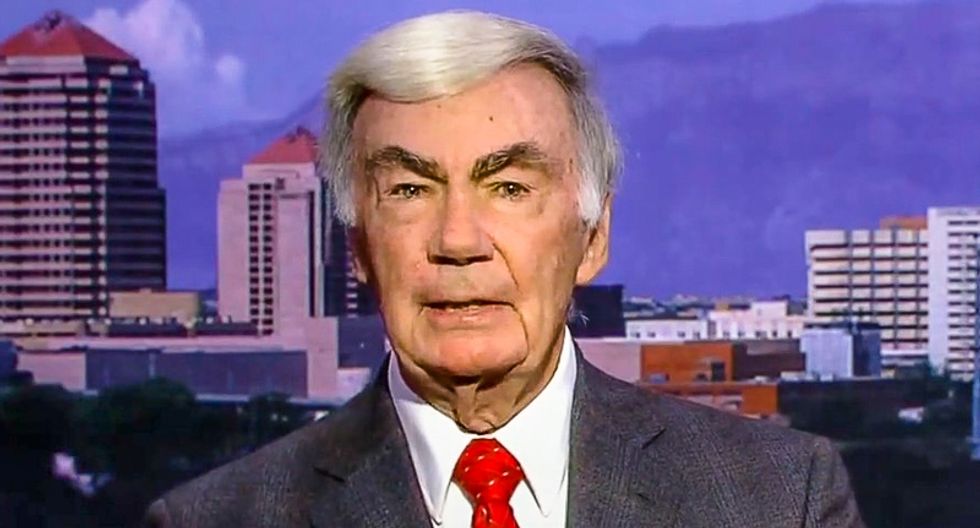 Veteran journalist Sam Donaldson on Sunday slammed President Donald Trump's "small base" of voters, and revealed that he's participating in a lawsuit against the president for banning CNN's Jim Acosta from the White House.

In a Sunday interview with CNN's Brian Stelter, Donaldson said that it was "dangerous" for the White House to pull Acosta's press credentials after he was in a heated dispute with the president over a question about a caravan of migrants.

"We all saw what happened at the news conference," Donaldson pointed out. "Instead of answering [Acosta's question], the president lashed out with a vicious personal attack on Acosta. And then ordered his press credentials revoked. Now, if that order isn't reversed by the courts, what reporter, what news organization would risk the retaliation of the White House by asking questions or publishing stories that the president doesn't like."

"It's my understanding that CNN and Acosta have sued, that there will be a court hearing on Tuesday," he added later in the interview. "I've been told that because I've been asked to give an affidavit, which I've prepared to be submitted to the court."

Donaldson also lashed out at Trump for ignoring the Constitution and the American people, aside from his base of supporters.

"It doesn't work that way," the veteran newscaster explained. "And he's not going to get away with it."

"How do you see this period in history ending?" CNN host Brian Stelter asked.

"I think it ends with -- I hope -- a change in the president's attitude," Donaldson predicted. "I believe in forgiveness and redemption of sin. But it's going to change because he and people who enable him to do what he's trying to do and has done so far are not going to be able to prevail."

"His small base -- and I think they're a minority who believe [that] the Nazis and the protesters are on both sides," he continued. "His small base is not going to run this country. They don't now and they never will."

Senate Minority Leader Mitch McConnell (R-KY) is grappling with aftermath of a Devil's Bargain with Trump. On January 6, his prior willingness to humor Trump's election lies landed him in mortal danger. But for the foreseeable future, telling the truth about Trump could kill his political career.

Like every Devil's Bargain, this one isn't going well for McConnell. He's trapped between the truth and its consequences, and it shows in his wildly contradictory actions.