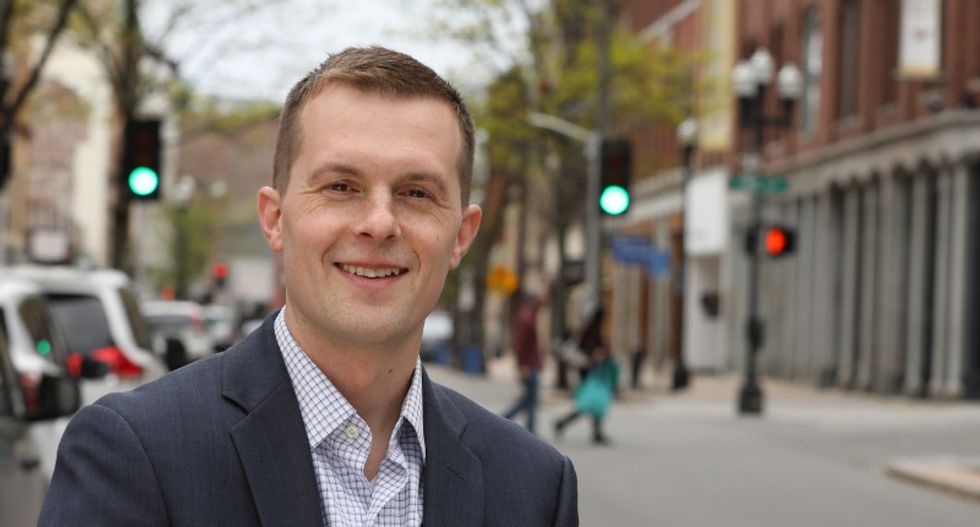 Maine's 2nd congressional district made history Thursday afternoon as it named Jared Golden the winner of his race for incumbent Rep. Bruce Poliquin's (R-Maine) seat, after the state used ranked-choice voting for the first time in a national race to determine the winner.

Shortly after a federal judge rejected Poliquin's lawsuit in which he attempted to halt the ranked-choice voting (RCV) process, election officials forged ahead in their tabulation of ballots and found that Golden won 50.53 percent of the vote, compared to Poliquin's 49.47 percent.

"The first time ranked-choice voting is used in the state of Maine [and] we'll have an instance where it will have made a difference—this is stunning," Larry Diamond, a political scientist at Stanford University, told the Portland Phoenix ahead of the vote tabulation. "Either way it's going to validate the logic of it, and it's going to make for fairer elections."

Maine voters reaffirmed their support for RCV last June—after a previous vote in favor of the system was blocked by the legislature—ensuring that voters in the 2nd district could rank the four candidates for Poliquin's seat in order from their favorite to least favorite when they went to the polls on Election Day.

One of the candidates would have had to gather more than 50 percent of the first-choice voters in order for the election to be called. When Poliquin won only 46 percent of the vote and Golden won 45.9 percent, election officials prepared to distribute two independent candidates' supporters' second and third choices until either the Democrat or Republican gained a majority.

Maine's plan to become the first state to use RCV for a federal election was briefly threatened when Poliquin filed his lawsuit, claiming that it was unconstitutional to allow voters to rank their choices in order to ensure they are represented by a lawmaker with the majority of support.

"There is a certain degree of irony because the remedy Plaintiffs seek could deprive more than 20,000 voters of what they understood to be a right to be counted with respect to the contest between Representative Poliquin and Mr. Golden," wrote Judge Lance Walker in his opinion (pdf). "At oral argument, Plaintiffs emphasized that the First Amendment entitles them to express their support for their candidate. They feel that Maine is giving other voters disproportionate expression...The RCV Act actually encourages First Amendment expression, without discriminating against any given voter."

"I am not persuaded that the United States Constitution compels the Court to interfere with this most sacred expression of democratic will," the judge added.