’How stupid is Matthew Whitaker?’: Lawrence O’Donnell explains how the ‘fake attorney general’ could end up in jail 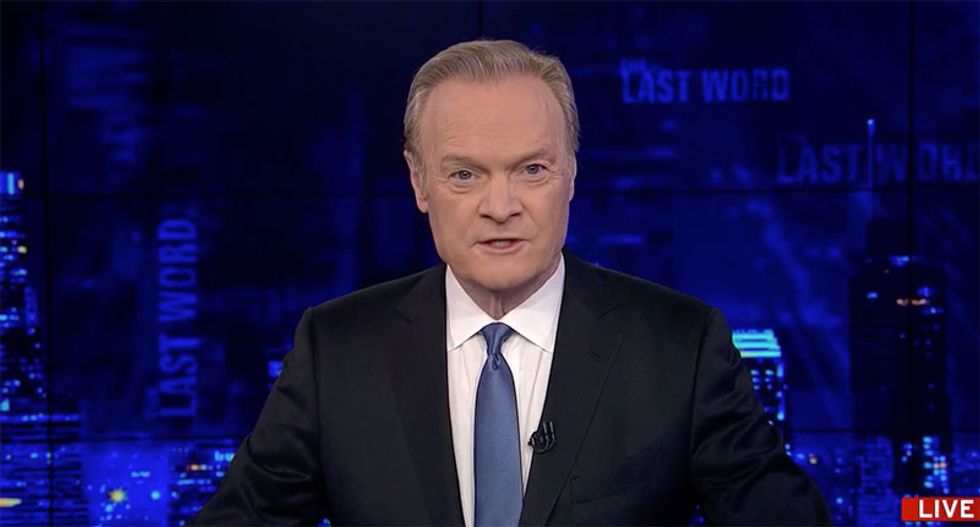 Host of 'The Last Word with Lawrence O'Donnell' on MSNBC.

"The question for Matthew Whitaker, who now occupies the Attorney General's office of the Justice Department, is does he think he can get away with interfering in Robert Mueller's investigation of the president?" O'Donnell asked. "We know that's what the president wants him to do."

The segment aired the same day over 1,000 #ProtectMueller protests were held to defend the special counsel investigation.

O'Donnell laid out the relevant questions about Whitaker's intelligence that are now critical.

"Is Matthew Whitaker smart enough to know that he is going to have to testify under oath to the House Judiciary Committee about any interference that he might try to engage in with the Mueller investigation?" he wondered.

"Is Matthew Whitaker smart enough to know that there is a five-year statute of limitations on the federal crime of obstruction of justice?" he wondered. "And that the next Democratic attorney general, who will probably be chosen during the presidential transition two years from now, will be empowered to immediately investigate every suspicious thing that Matthew Whitaker might be foolish enough to do as Donald Trump's fake attorney general?"

"Judging by his previous public comments as a right-wing pundit, he sounds like the kind of guy who could get himself in serious criminal trouble," O'Donnell concluded.