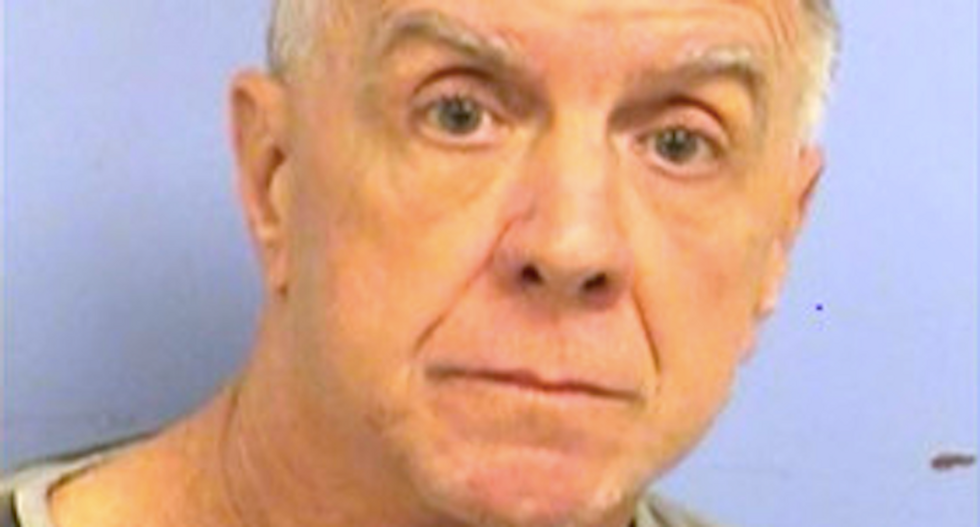 A Texas man allegedly tried to hire a U.S. Marine Corps veteran to kill his ex-girlfriend because she was dating a black man -- and he even offered more money if he could watch.

Keith Cote was arrested in October 2017 after the combat veteran recorded their conversations about the murder-for-hire plot and turned the evidence over to police, reported KVUE-TV.

The 63-year-old Cote, who used a wheelchair following a 2013 tumble in a strip club, had invited Joey Sees, an acquaintance and combat veteran, and his girlfriend over to his North Austin house to watch an NFL game when he said he needed a “dirty deed, done dirt cheap.”

Sees said the older man offered him $10,000 -- which he took out of his pocket and laid on a table -- to murder ex-girlfriend SanDee Jones, and he offered an additional $15,000 “to watch him put a bullet in her head.”

Cote approached the Marine because he believed his combat experience was relevant to contract killing.

“When we're in a war zone, we're just trying to get home and we're just protecting each other," Sees said. "I guess he thought every Marine is a hitman."

Sees asked Cote why he wanted his ex-girlfriend killed, and he told him: "Because she's dating a black guy."

The veteran initially thought Cote was joking or just trying to show off his cash, but he came to realize the plot was serious -- so he started recording their conversations.

“I’m just glad he asked me,” Sees said. “I felt I was the right person to do it. [Cote] trusted me enough to think that I was that type of individual to murder someone, so I knew that I wanted to handle this myself. I knew I had to do what I had to do and contact the police.”

Cote was charged with soliciting to commit capital murder, but he posted $1 million bond Sept. 6 and committed suicide about a week later.

Jones confirmed to police after his arrest that she was dating a black man, and that Cotes was a racist.

“She stated that the only thing Mr. Cote hates more than a black man was a white woman who is with a black man,” police said in an affidavit.

Jones said she had once loved Cote, but she said the relationship turned violent before she finally fled.

“When you start seeing these types of incidents with abusers," said Sgt. Darrell Gibson, of the Travis County Sheriff’s Office, "where they take it to the level where they're willing to strangle the person that they supposedly love, they are playing God. They are deciding whether you live or die, so that right there, in and of itself, increases the credibility of the threat against her.”

Jones credits Sees for saving her life, and Gibson said she was lucky to have survived.