Vanity Fair reporter: Trump is worried Don Jr will get indicted — but not for the reason you might think 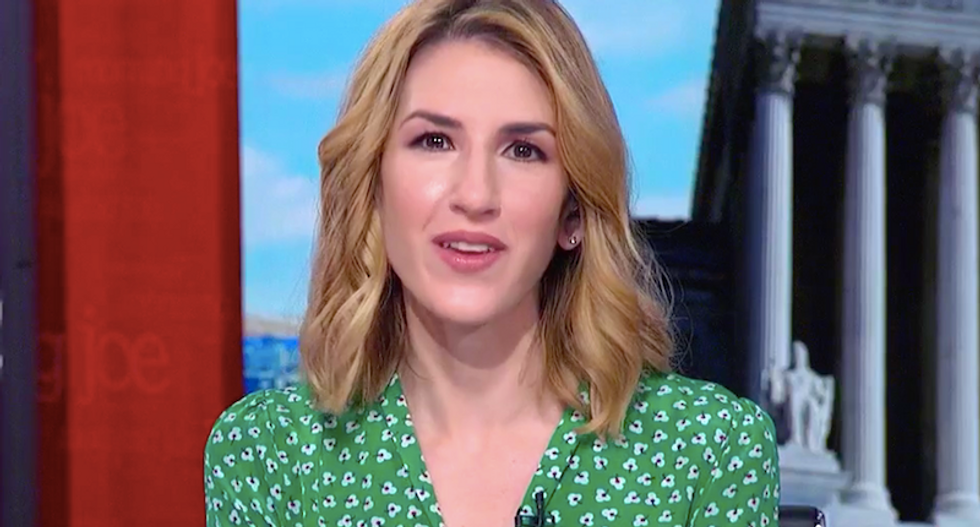 President Donald Trump is increasingly worried his eldest son and namesake will be indicted -- but not for the reasons most people might think.

Emily Jane Fox, a Vanity Fair reporter with sources close to the president's family and Trump Organization associates, agreed with MSNBC's Mika Brzezinski that Trump was worried his son would be charged by special counsel Robert Mueller.

"I think that a large amount of the anxiety that we see coming out of the White House right now has to do with concern over the fate of his eldest son," Fox said. "I think from all of my reporting this is something that is weighing heavily on him."

However, Fox said, the president's concern was mostly selfish.

The reporter suggested Trump was an even worse father than the man who raised him.

"This is not someone who is a parent who is deeply affected by what will happen to his child, but instead by what could potentially happen to him," Fox said. "I think all the time about that New York Times story about the taxes that the Trump family had paid, and it explained the depths to which Fred Trump went through to protect Donald Trump, to bail his son out every time he made mistakes."

"Such a shift in generation of parenting," she added. "I think the fact that his son is facing legal peril something that's hard to face for any parent."