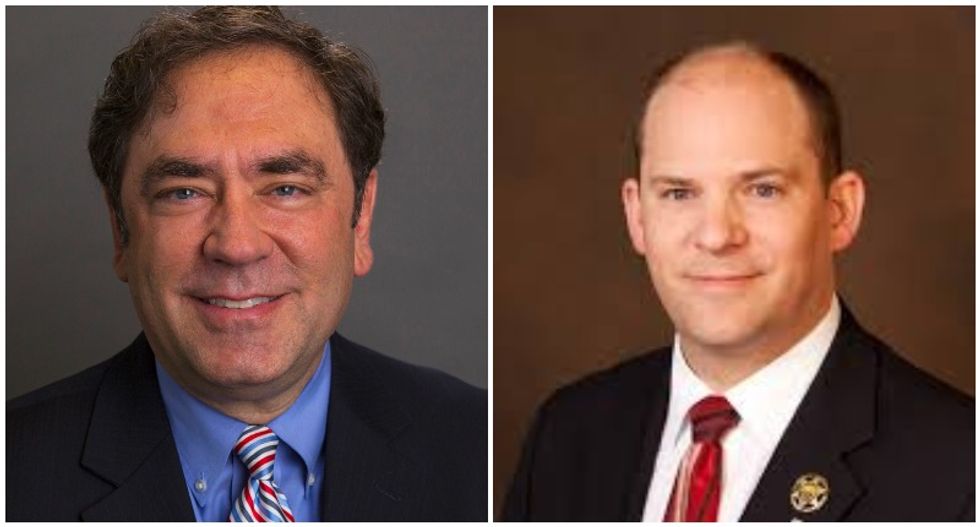 A newly released video disputes a Utah Republican's claims about a brief confrontation with the state's top Democratic House member.

A 42-second video clip recorded by security cameras at the Senate Building shows King walk around a corner in the hallway, and Thatcher walks out of an office and places his hand on the Democrat's shoulder.

King then grabs and pulls Thatcher toward a wall as the Republican pushes back, and the two lawmakers briefly engage in a conversation and then walk off in the same direction.

The incident does not appear to attract attention from nearby bystanders.

The House minority leader doesn't deny making physical contact with Thatcher about his support for the Republican's opponent in this month's election, but he said the senator's allegations were “significantly exaggerated.”

“I think there was as much physical contact he did to me as vice versa,” King told the Tribune.

Thatcher, who was re-elected, told the newspaper earlier this month that King grabbed him and shoved him toward a wall, then repeatedly jabbed him in the chest while shouting about the Republican supermajority.

He described the incident last week on Facebook as “vicious,” “violent” and “insane.”

The Utah Highway Patrol, which is investigating the incident, has not made any decisions about possible charges.