WATCH: '60 Minutes' shows horrifying explosion that happens to the body when a bullet from an AR-15 is shot into it 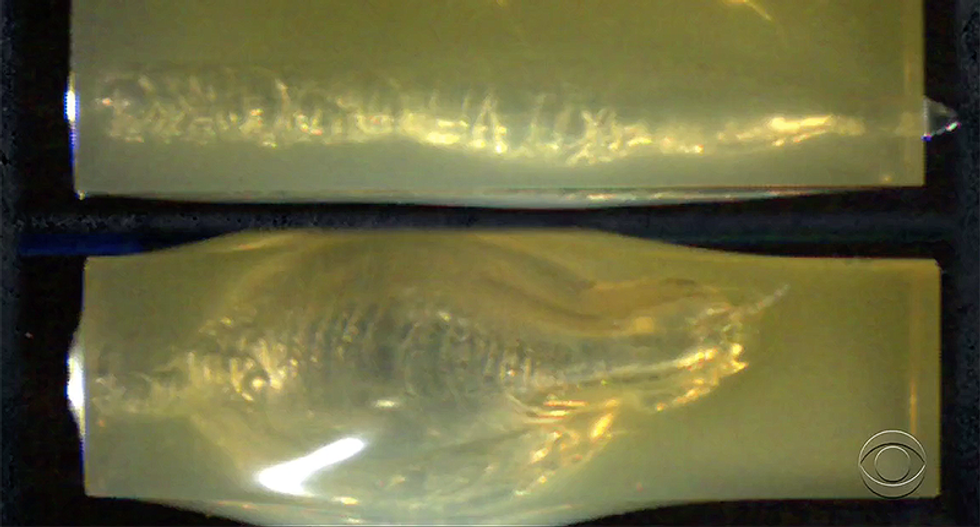 In a shocking and horrific segment during the CBS show "60 Minutes,' Scott Pelley met with ballistics experts who could illustrate the impact on the human body an AR-15 has.

Pelley explained that right now the handgun is the gun most commonly used in robberies and crimes, but when it comes to mass shootings, the AR-15 is an outright killing machine. The guns couldn't be more different in their impact on the human body.

The lab experts Pelley interviewed used a ballistics gel created by scientists to best copy the density of human tissue and muscle. What they illustrated is that a handgun bullet easily fires a direct path in and out of the body. The AR-15 is seen literally exploding the moment it hits the body.

While doctors have explained that the bullet explodes inside the body, the ballistics gell shows how the explosion happens and that the force that it hits the body also impacts the body like a baseball bat, shoots through the body, explodes and then exits in a completely different way.

Pelley closed his segment with the creator of a first aid "bleed kit" designed to help in the event of a mass shooting.

“My son today has a bleeding kit on his person,” said Broward County medical director Dr. Peter Antevy. He noted the day after the Parkland shooting, he made sure his son had one in his school bag. The boy is 12.

Watch the shocking video of the test below: