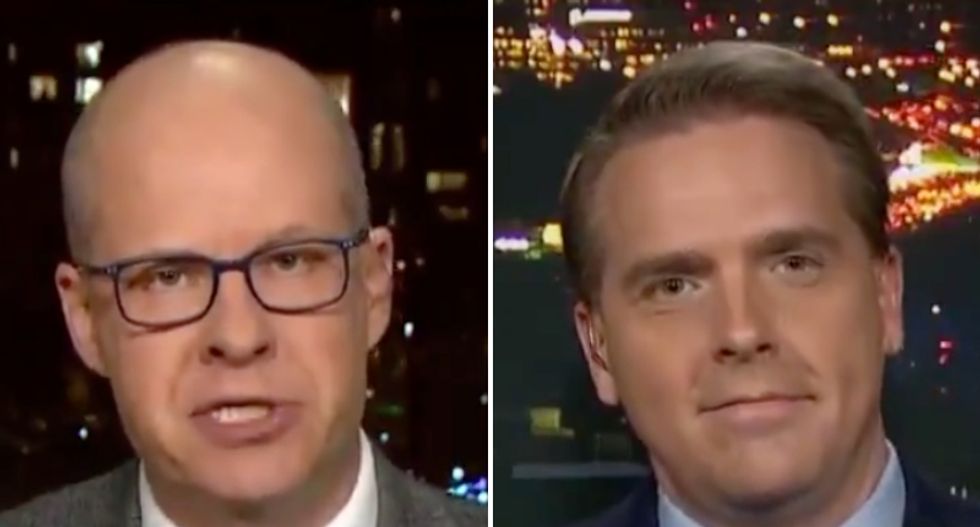 Conservative commentator and former Republican Max Boot became so angry with a former aide to President George W. Bush that he raised his voice while insisting the man confront Donald Trump's racism.

Ex-Bush White House aide Scott Jennings began the segment of CNN Today, the network's morning broadcast for Asian audiences, by claiming the president made a "policy" decision when running an ad smearing Latin American migrants as criminals and Democrats as their co-conspirators.

Jennings suggested that Trump's "immigration" stance is a winning issue for him.

"He's trying to do that to make sure Republicans are as excited as possible," President Bush's former special assistant said, "and there's a lot of evidence in the polling to indicate that it has worked."

One of the host moved to ask Jennings another question — but Boot jumped in instead.

"Scott is looking at this in a completely kind of amoral, entirely political horserace kind of manner," the conservative commentator said.

Boot said that although he agrees that Trump is using the migrant caravan to "fire up his base," the "racist" and untruthful manner with which he's doing so is "disgusting and disgraceful."

Trump's ad linking Democrats and Latin American immigrants to an undocumented immigrant who killed two police officers "is the most racist, offensive ad I've ever seen in my lifetime in American politics," Boot said.

"The stench of this will never come off the Republicans," the conservative commentator added.

Boot later asked Jennings if he agreed that the ad condemned by both Democratic and Republican figures was indeed racist and the Bush aide said "it's not the ad I would close with."

"I don't care what ad you would close with," the ex-Republican asked Jennings. "I'm asking you: do you think it is a racist ad?"

Jennings again said he "wouldn't run" the ad — and was again interrupted by Boot.

"You're refusing to say it's racist, is that right?" he asked. "You refuse to condemn the racism?"