WATCH: GOP's Cory Gardner flames out after CNN's Tapper asks him for evidence of any Florida voter fraud 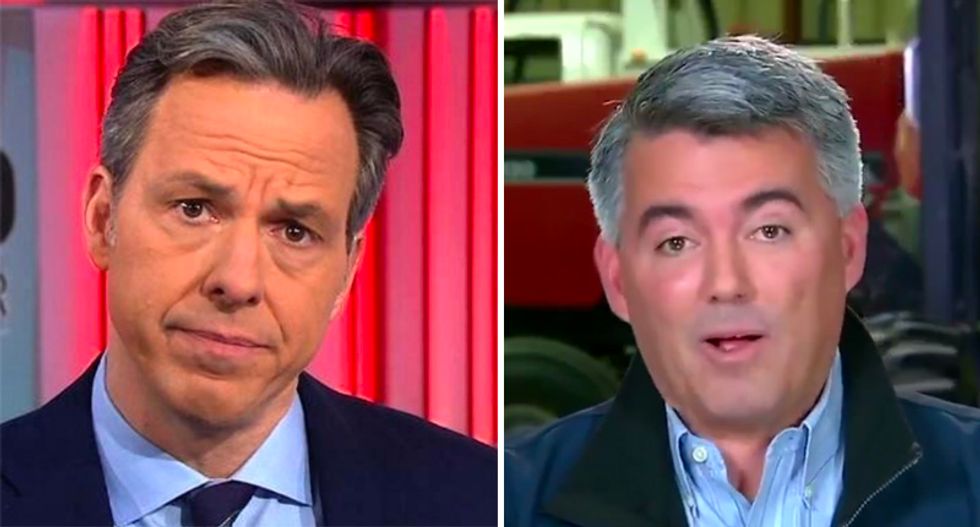 Appearing on CNN's State of the Union on Sunday morning, Sen. Cory Gardner (R-CO) attempted to parrot President Donald Trump's accusation of voter fraud in the tightly contested Florida governor and Senate races only to have host Jake Tapper pull him up short.

"Is there any specific evidence at all of any fraud, of trying to steal the election?" Tapper asked.

"Well here is the specific evidence we have," Gardner attempted. "We have a court in Florida that says we have a violation of the Florida constitution. We have a court that has demanded better behavior out of Palm County [sic] election supervisors."

"I think there’s clear evidence that the constitution was violated and a court in Florida has said the same," he added.

"Well, it's true what you're saying about transparency and about meeting deadlines, but Florida's Department of Law Enforcement said Friday they haven’t even received any allegations of criminal activity, of fraud, of stealing," Tapper shot back.

Tapper then added, "And the secretary of state's office just said yesterday that there is no evidence of criminal activity, so it just seems like the rhetoric we're hearing --" as Gardner cut him off.

Sen. Cory Gardner: "I think there’s clear evidence that the Constitution was violated and a court in Florida has sa… https://t.co/QR9MgppPEj
— CNN Politics (@CNN Politics)1541947073.0