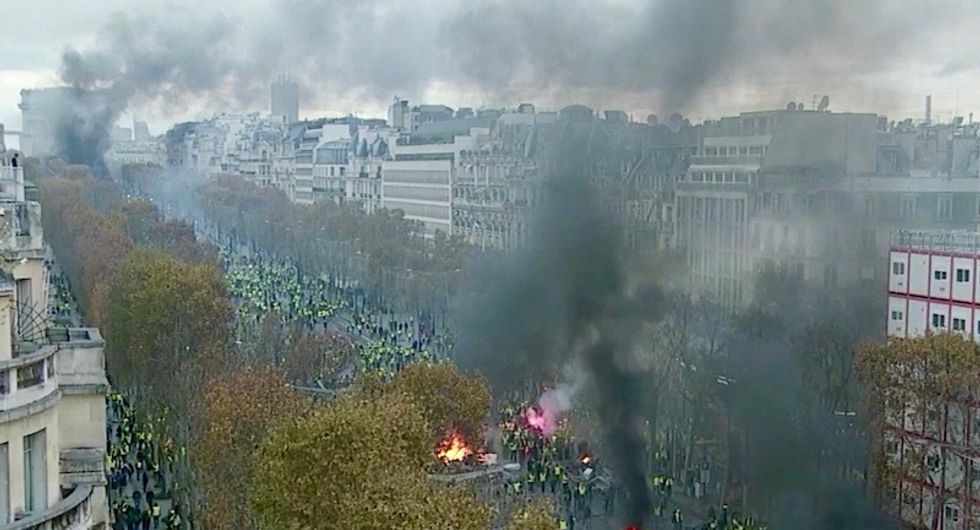 The Champs-Elysees in flames during protests/Screenshot from CNN

Paris police fired tear gas and water cannons on Saturday during a street battle with thousands of protesters who gathered in rage over rising car fuel prices and President Emmanuel Macron’s economic policies.

As nightfall came to Paris, fires and explosions hit Champs-Elysees avenue, which is in the middle of Christmas shopping season.

According to CNN, the protests started over fuel prices but have escalated because Macron now has only a 25 percent approval rating and the nation's economy is struggling.

"This is not the scene you would expect on a Saturday night," a CNN reporter said.

VIDEO: An explosion rang out at a protest barricade in central Paris as violent clashes erupted on the… https://t.co/DOcZH7W3zX
— AFP News Agency (@AFP News Agency) 1543075995.0