WATCH: White Las Vegas man admits to being 'very much' a racist after insulting two women for speaking Spanish 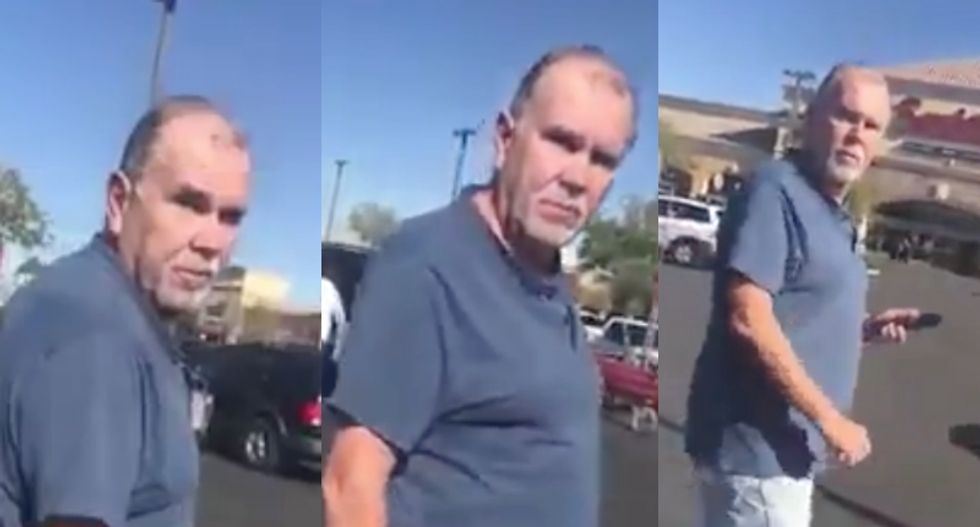 A man admits to being a racist in Southern Highlands, an affluent Las Vegas Valley neighborhood. Images via screengrab.

A white man in the tony Southern Highlands community of the Las Vegas Valley was captured on video admitting to being a racist after insulting two women for speaking Spanish.

The video posted by KTNV's Tom George shows an older white male walking after being confronted by a woman filming. According to the reporter, the video was recorded in a parking lot of a Smith's grocery store.

"Go back to where you came from," the white man said after being confronted by the woman filming.

"Racist, you're a racist," the woman said. The man responded in the affirmative.

She tells her mother to get away from the man, first in English and then in Spanish, and he mocked her speech.

"I'm gonna go back to where I came from, Ohio," the man said as he walked away. "We don't like you people there."

Woman and her mom were speaking Spanish in the Smith’s parking lot in Southern Highlands when this man starting ins… https://t.co/gtrVs3sIBu
— Tom George (@Tom George) 1542415576.0