Wisconsin conservative admits he'd shoot his sister in the face for Trump: 'She has to know how passionate I am' 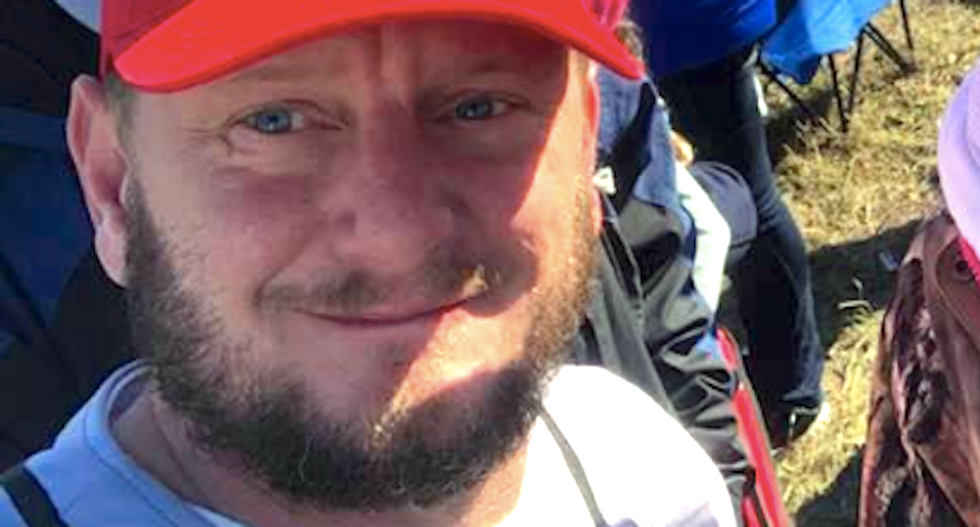 A Wisconsin conservative admits he would turn against his own family to back President Donald Trump if the United States slid into civil war.

The Guardian's Ed Pilkington spent a week attending Trump rallies in Missoula, Montana; Mesa, Arizona; Houston, Texas; Mosinee, Wisconsin; and Charlotte, North Carolina -- and he explored the intense emotions the president stirred up in his most fervent devotees.

Steve Spaeth, a 40-year-old West Bend man who operates a home exteriors company, told the reporter during the Oct. 24 rally in Mosinee that "hate" was not too strong a word to describe his feelings toward anyone he considers a political enemy.

“Not at all,” Spaeth said. “I have a deep and absolute disgust for these human beings.”

He identified his enemies as CNN, George Soros, Hillary Clinton, Cory Booker and Elizabeth Warren, whom he referred to as "Pocahontas" -- and was the only foe Spaeth named that had not been sent a mail bomb that same week, allegedly by another Trump supporter, Cesar Sayoc.

“They want to turn America into a socialistic country," Spaeth said. "It’s disgusting.”

The reporter asked Spaeth how far he would be willing to take his hatred, and he told Pilkington he would gladly -- and violently -- turn on his sister, a liberal who votes Democratic.

“If there is a civil war in this country and you were on the wrong side," Spaeth said he told his sister, "I would have no problem shooting you in the face.”

The reporter asked if he was joking, and Spaeth insisted he was serious.

“No, I am not," he said. "I love my sister, we get on great. But she has to know how passionate I am about our president.”