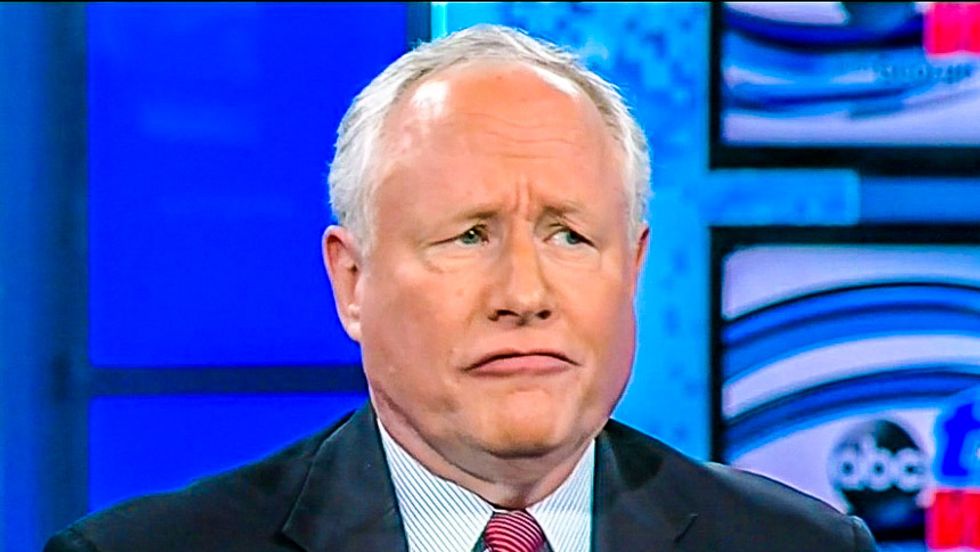 President Donald Trump's overthrow of the Republican Party has prompted many to leave the party and become loud opponents. Some conservatives gave Trump a chance to "settle in" and for more experienced advisers to guide him in the "right" direction. It didn't exactly work out that way.

Conservatives have spent the last year unleashing their worst on the president who could ultimately takedown their party from the inside. Their voices are amplified by the sheer shock of their rage. Progressives have embraced them as part of the movement to take down the president and the philosophy quickly became, "the enemy of my enemy is my friend."

Still, many of these conservatives hold values that are just as wretched as they've always been. Whether it's about taking down Social Security and Medicare, controlling women's health decisions or killing food stamps, these new "friends" are still sometimes enemies.

The conservative Washington Post columnist has written so many attacks on Trump that the right-wing demanded the paper stop calling her a "conservative."

But just six years ago, Atlantic columnist Conor Friedersdorf was blasting Rubin as a "hack," who is nothing more than a "shill by an ideologically diverse subset of her peers." Even former Post ombudsman Patrick Pexton advised the paper to sack her, “not because she’s conservative,” he wrote, “but because she’s just plain bad.”

Frum is another conservative “thinker” once regarded as a Republican genius. He coined the phrase “Axis of Evil” while serving as George W. Bush’s speechwriter. His attacks on the Republican Party blame them for prioritizing Trumpocracy over democracy. He's argued that the misguided GOP is opting for a demagogue simply because Trump can push an agenda Americans have said for years they don't want.

Frum might be an ally to the anti-Trump cause but his hawkishness was part of the chorus that egged on the Iraq War. The war was so mismanaged it ultimately cost the U.S. more in fatalities and money. At the same time, it took the eye off of Afghanistan, assuming it was already won.

There were no weapons of mass destruction in Iraq, and the war has cost $1.3 trillion through 2017. That cost could have repaved the roads of America and funded the entire system of education.

Kristol joined with men like Frum and George Will as part of the "Never Trump" movement that consistently stands up to the president's absurd policies. But as Matthew Sheffield notes, Kristol was part of the problem that helped create Trump.

Like Frum, "Kristol tirelessly advocated for the disastrous 2003 U.S. invasion of Iraq, which badly damaged the GOP in the minds of American voters," Sheffield wrote. "Less obviously, he also promoted then-Alaska Gov. Sarah Palin as John McCain's vice-presidential running mate in 2008 — an action that elevated anti-intellectualism to the highest reaches of the Republican Party and surely paved the way for Trump."

Palin's eager embrace of ignorance and apathy toward reality easily paved the way for Trumpism to thrive.

Boot was never part of the really old guard of warhawks, but he spent most of President Barack Obama's term assailing the president for trying to draw down troops in Iraq. He was one of many voices that proclaimed "they hate our freedom."

To make matters worse, Boot seemed to support that the US should endeavor to replicate in Asia "the sort of enlightened foreign administration once provided by self-confident Englishmen in jodhpurs and pith helmets."

Now that he's an anti-Trumper, however, the columnist is scoring bylines in The Post and cush commentary on CNN. He's admitted he was wrong about many of his attacks and confessed he would prefer Obama any day.

While it might behoove progressives to embrace some conservatives that can aid in the takedown of Trump, don't be surprised when those same conservatives turn back to their old ways once Trump is gone.

It's unlikely these conservatives actually agree with New York Times columnist Bret Stephens, “It would be terrible to think that the left was right about the right all these years." Thought it would be poetic justice.