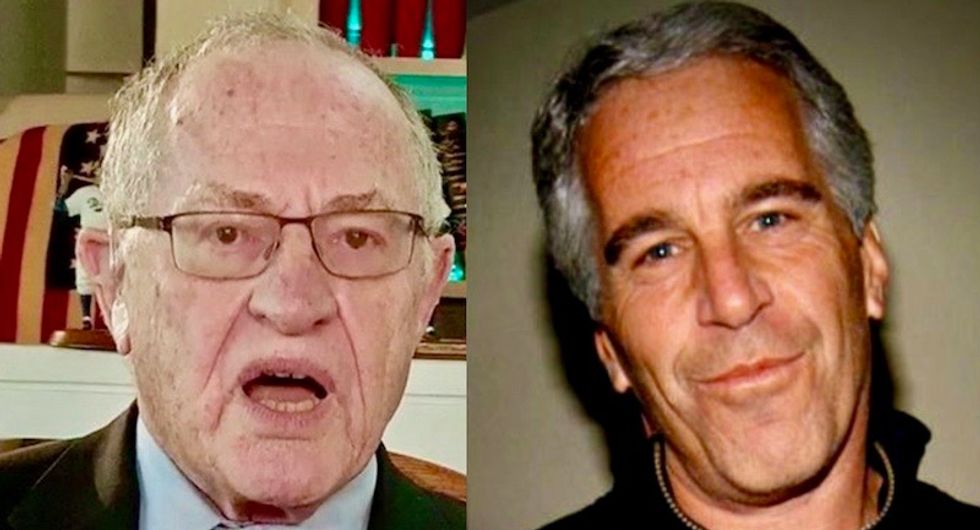 Trump defender Alan Dershowitz is "very proud" of the deal he cut on behalf of client Jeffrey Epstein, he tells the blog Law & Crime.

Epstein pleaded guilty to felony solicitation of underage girls in 2008. He was accused of trafficking more than 40 underage girls for sex, and, as Law & Crime reports “one such girl claimed Dershowitz himself had sex with her when she was underage.”

Dershowitz denies the claim and told Law & Crime that his accuser is a "certified, complete, total liar."

However, Dershowitz was very proud of his work in the case.

Epstein, a billionaire with many powerful friends from both parties including the Trumps and Clintons, was allowed to plead guilty to state charges that resulted in a 13-month prison sentence at a white collar prison which he was allowed to leave prison during the day for work.

There is a current investigation into the plea deal, which federal prosecutors allegedly made without informing victims, as is required by law.

Law & Crime reports that Dershowitz would have been even happier if the child molester got "no time at all."