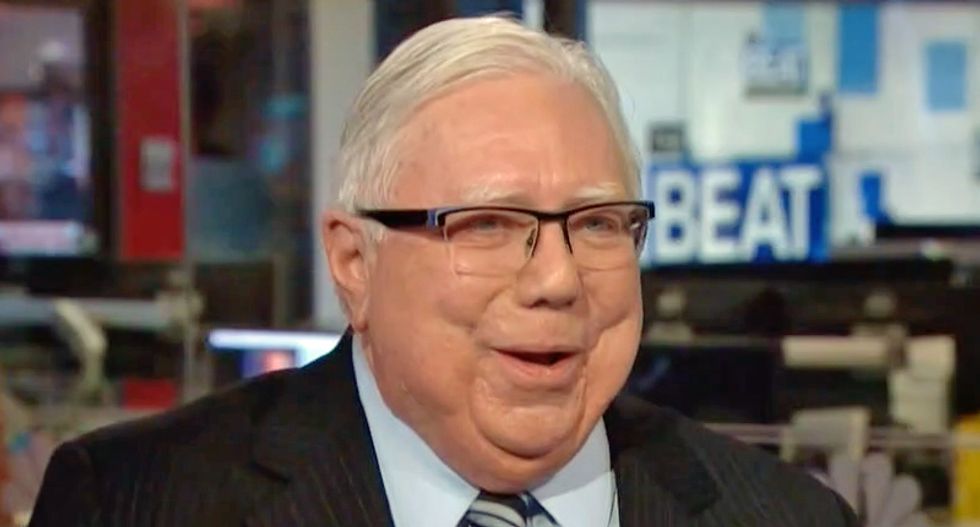 Jerome Corsi and his gadfly attorney on Monday demanded the removal -- and disbarment -- of special counsel Robert Mueller and his prosecutors.

The conservative activist says he turned down a "sweetheart deal" from Mueller in the ongoing Russia investigation involving President Donald Trump and his campaign, and Corsi and attorney Larry Klayman filed a complaint with acting attorney general Matthew Whitaker alleging misconduct against the special counsel.

"This rogue government tyranny perpetrated by a Special Counsel and his prosecutorial staff, which is designed to effectively overthrow a duly elected president by coercing and extorting false testimony by Dr. Corsi and others, cannot be permitted in a civilized society," Klayman writes.

Those efforts amount to treason, according the complaint.

"Special Counsel Mueller and his prosecutorial staff, the majority of whom are partisan Democrats and supporters of Hillary Clinton, whom he has intentionally hired, are effectively engaged in a 'coup' against the United States and are working to overthrow the duly elected President of the United States, elected and empowered by the voters pursuant to the U.S. Constitution," the complaint alleges.

The attorney insisted Corsi, the former Washington, D.C., bureau chief for InfoWars and the author of several conspiratorial books, was an "American hero" -- not a felon -- and that his activities were conducted as an investigative journalist and protected by the First Amendment.

"The Complaint prays that Robert Mueller be disciplined and removed as Special Counsel, along with his partisan staff, and that these serious allegations be referred to appropriate state and local authorities for criminal prosecution," Klayman writes. "It also demands that Mueller and his prosecutorial staff be disbarred from the practice of law."

The complaint alleges that Mueller and his team were "coercing and extorting" Corsi to "rat out" other alleged conspirators, including Trump and Republican activist Roger Stone, or face indictment himself.