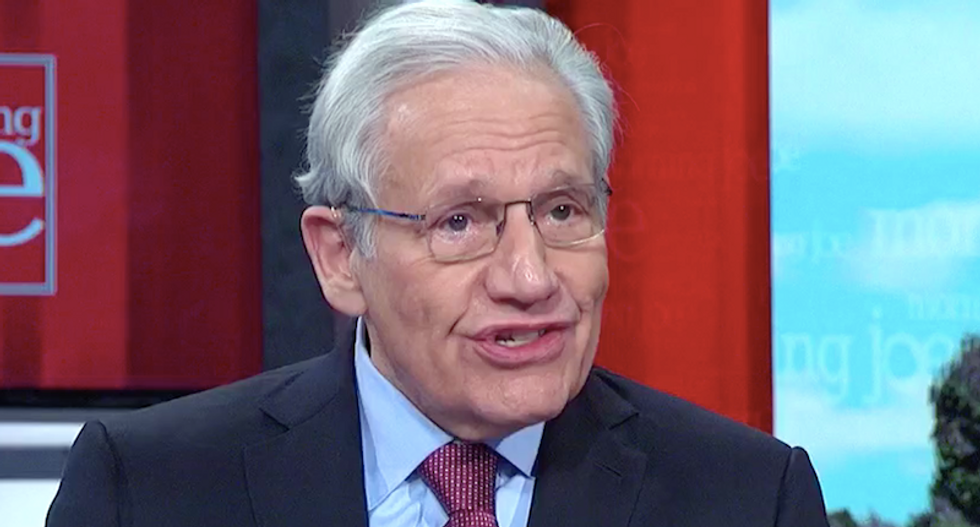 Republican senators have broken against the Trump administration, which disagrees with the CIA assessment about Saudi crown prince Mohammed bin Salman's involvement in the grisly murder of Post columnist Jamal Khashoggi -- and the newspaper's most famous reporter linked that to the president's business.

"The Saudis are always throwing around money," said journalist Bob Woodward. "Let's face it -- Donald Trump is a walking conflict of interest on something like this. Billions of dollars the Saudis will throw around to make sure they have a good relationship with Trump and the administration, but this is a little piece of it, and you have to ask the question, why doesn't somebody say no, let's not do this?"

Woodward said voters should have been able to see Trump's tax returns -- which presidential candidates have revealed before the election -- to see where his business conflicts with U.S. foreign policy.

"If we had his tax returns, it would be the road map to not everything, but I know from talking to people in the IRS and in the Trump Organization, that is the key," Woodward said.

The veteran reporter said he regretted being unable to reveal Trump's tax returns before the election so voters could make an informed decision.

"Even though he refused in 2016 to release them, it would be great if somebody were to get them," he said. "I tried in 2016 and failed and regret that piece is not there. I mean it would be like somebody, a senator, running for president, and you say, 'Well, you can't have his voting record, it's secret.' It would be absurd."