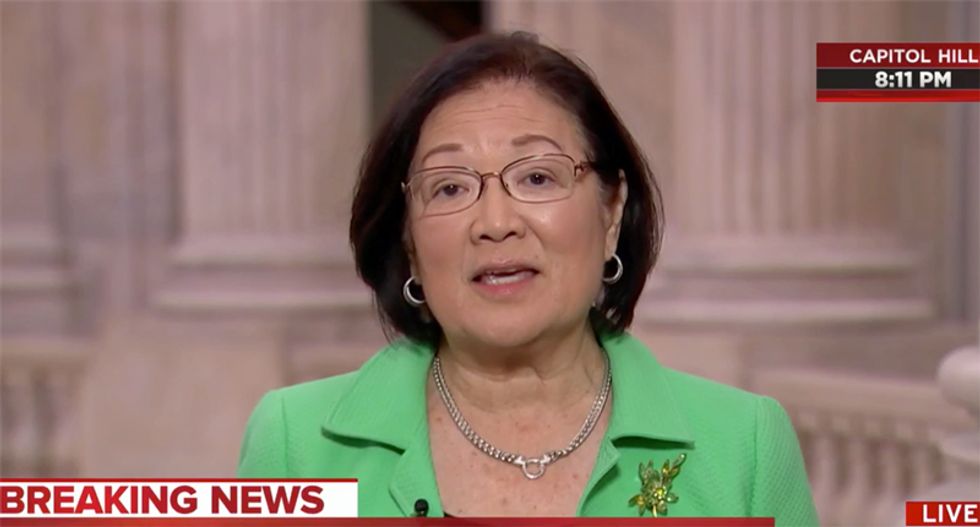 Sen. Mazie Hirono (D-HI) on MSNBC's 'All In' with Chris Matthews (screengrab)

MSNBC viewers were treated to colorful language from a United States Senator during an interview on "All In" with Chris Hayes.

"Of course, the Senate did the responsible thing last night by keeping government running, passing this bill by a voice vote," Hirono noted.

"And only to have President Trump get all worked up because he's got some right-wing loud people yelling at him on Fox News and suddenly he says, 'Well, I don't think I'm going to sign it.' So it is very true that he will bring on the shutdown and he has to take responsibility for it," she explained.

"Any effort on his part to blame the Democrats will be such bullsh*t -- that as I said before -- I would hardly be able to stand it," Hirono added.

President Trump told Senate Democratic Leader Chuck Schumer and House Speaker-designate Nancy Pelosi that he would accept all blame for a shutdown.