C-SPAN caller: It's 'treasonous' not to support Trump's government shutdown 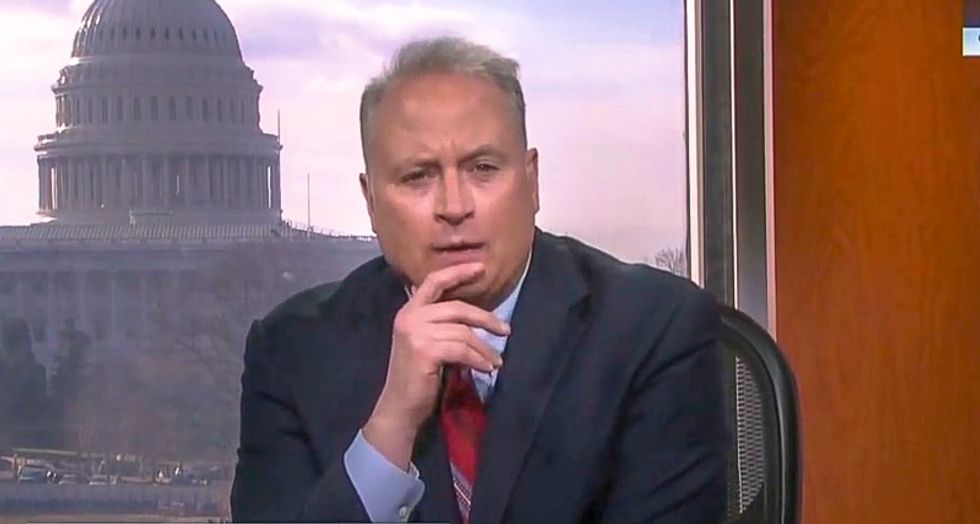 A C-SPAN caller asserted on Monday that government workers who do not support President Donald Trump's shutdown of the federal government are guilty of treason.

During a Christmas Eve edition of C-SPAN's Washington Journal, an Indiana man named Chris called in to complain about people who are not backing the current government shutdown.

"Everybody agrees with what's going on to support our president," Chris insisted. "It's just the bottom line. You have to support your president. Everybody else is treasonous."

"What do you make of the folks who are going to be out of work?" the C-SPAN host asked.

"Having been laid off several times," Chris replied, "I look at all this as people are concerned about what their agenda is. Not all of us went to liberal arts schools. Some of us just made our living by our hands, working hard, paycheck to paycheck to put our kids through college."

According to Chris, complaints about Trump do not "seem fair and right to those who follow the rule of law all of their lives."

"And then they see political interest groups getting what they want ahead of us," he remarked. "Sixty-three percent of all money going out to public assistance goes to non-Americans, at least according to the last census if I heard it correctly."