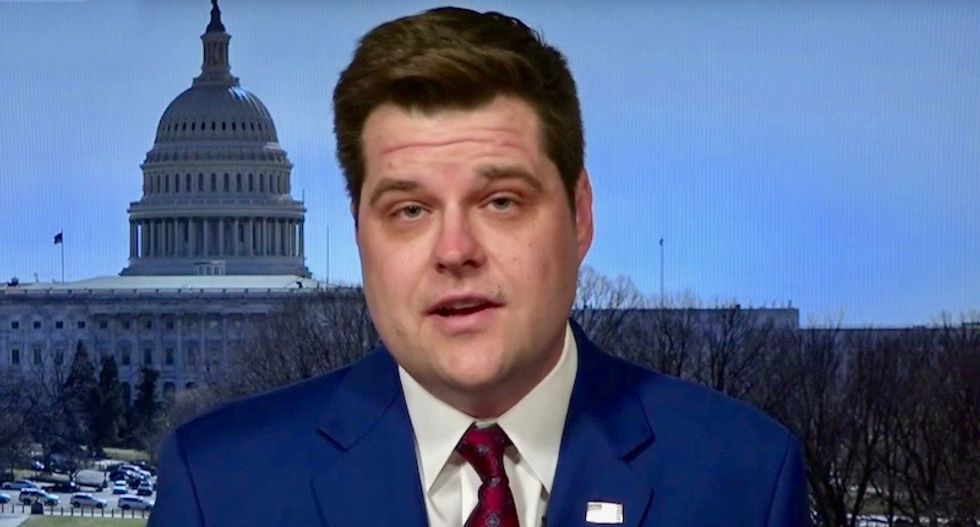 The Democrat who will lead the House Judiciary Committee asked to eject Rep. Matt Gaetz (R-FL) from Friday's James Comey hearing after the Florida Congressman refused to abide by the rules Comey agreed to, the transcript shows.

Comey did not want to appear behind closed doors at the hearing because he feared Republicans would distort his words in leaks. He could likely have delayed appearing until after Democrats took over the House, but ultimately agreed to a compromise where a transcript was released within one day and no one commented about his testimony until after it concluded.

As the Republican chairman laid out that agreement at the start of the hearing, Gaetz protested.

"I wanted to state that I was not a party to any such agreement and don't consider myself bound by it. I also don't know of any provision in the Constitution, the rules of the House, or any Federal law that would prohibit members of the committee from engaging in free speech, debate, and opining at any time," he said.

Gaetz was quickly confronted by Rep. Jerry Nadler (D-NY) who will take over the committee when Democrats come to power.

Nadler noted that Comey agreed to appear instead of fighting the subpoena and that "we ought to be bound by it."

He then said that Gaetz should be ejected if he refused to honor the bargain.

"If Mr. Gaetz does not consider himself bound by it, he should perhaps be asked to leave at this point, as should anybody else who tells us upfront they will not feel bound by what this committee has represented to the witnesses," he said.