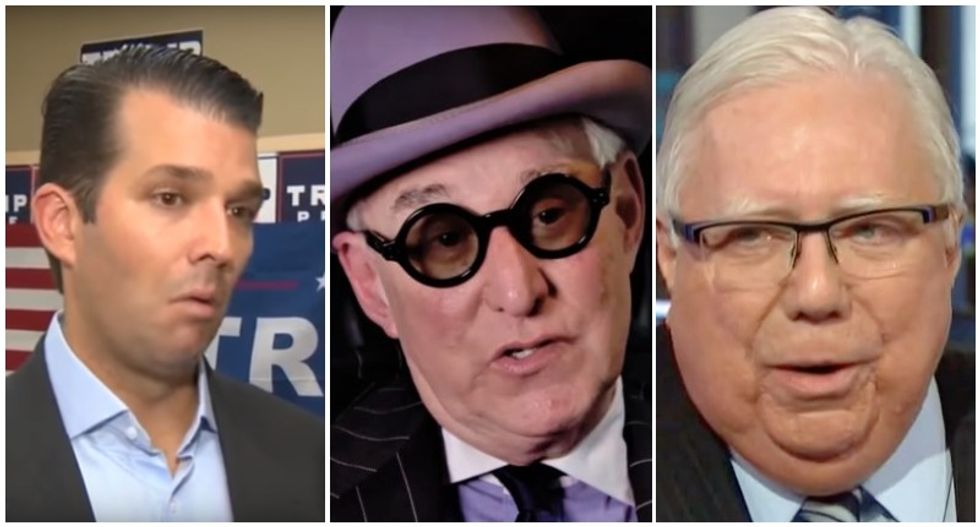 Former federal prosecutor Elie Honig went on CNN Friday to predict major fireworks from special counsel Robert Mueller's probe in the coming months -- and then laid out which Trump associates were in the most danger of being indicted.

Honig then analyzed the most likely indictments of Trump associates who may have conspired with Russian agents to interfere in the 2016 presidential election.

"I would start with Roger Stone and Jerome Corsi," he said. "Both of them have said publicly they expect to be indicted, and I think they might be right. Both of them were conduits between WikiLeaks and, to some extent, the Trump campaign, so I think they could both be in trouble for that and for lying about that."

"Donald Trump Jr. needs to be a little bit worried on a couple bases," he said. "When Michael Cohen pled guilty a few weeks ago to making the hush-money payments, the campaign finance violations, the papers referenced 'Executive-1' and 'Executive-2' within the Trump Organization. Either of those are Donald Trump Jr. He also has potential exposure to lying to Congress about the Moscow project."