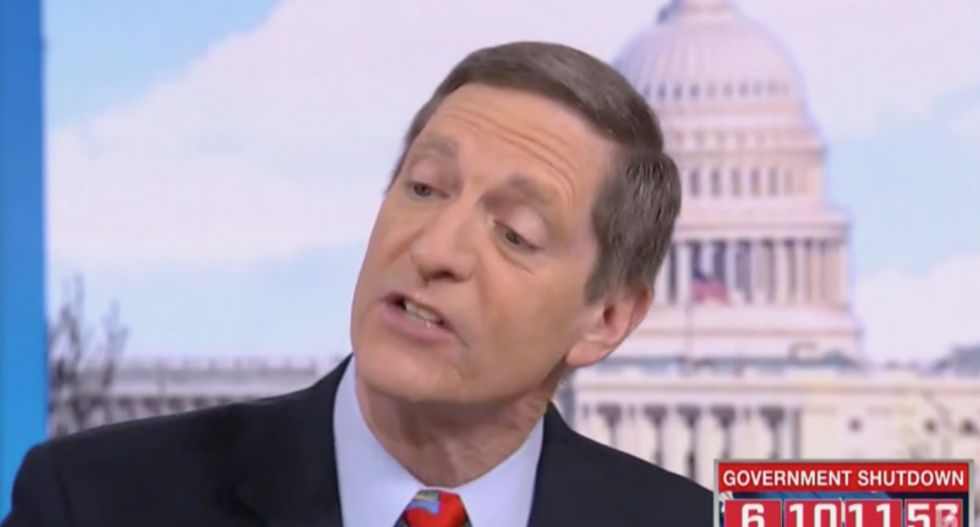 David Hoppe, former chief of staff to outgoing House Speaker Paul Ryan, tried to put the blame for President Trump's shutdown on Democratic leaders, and got smacked down Friday on MSNBC.

"A couple weeks ago Leader Pelosi said 'you cannot pass $5 billion in the House, cannot be done, I assure you of it'. And then they passed it," Hoppe began, before accusing her of moving the goalposts when the Senate passed a bill with $1.6 billion for Trump's wall. "The question is, when she becomes speaker, which will be on January 3 in all likelihood, will she take another step back from compromise, to go to a lower figure or add more language making it clear that you can't call this a fence or that a fence?" He added that he expected Senate Minority Leader Chuck Schumer to filibuster any measures passed by the Senate.

"You're putting this on Nancy Pelosi," objected host Hallie Jackson.

"No, no. It's going to be on everybody," insisted Hoppe. "This is the way the government works."

"The point is the government is not working," she shot back.

"The Senate and the House controlled by Republicans," she reminded him, as Hoppe continued to blame the Democrats for stalling. "The man in the Oval Office is saying I'm not willing to negotiate."