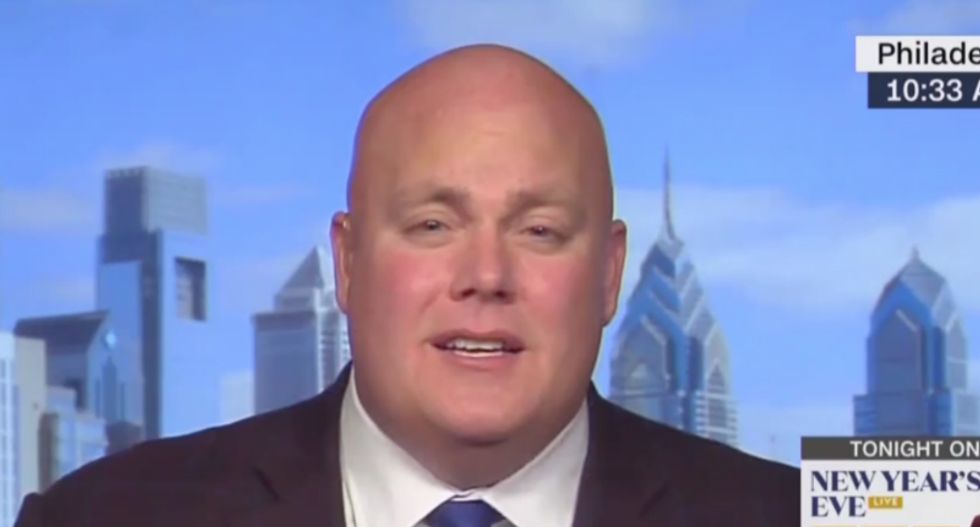 Former White House lawyer, and frequent defender of President Donald Trump, James Schultz told CNN on Monday that although nearly a dozen of the president's associates have either pleaded guilty to crimes or have been sent to prison by Robert Mueller, there was definitely no collusion between the Trump campaign and Russia. He was promptly smacked down.

Anchor Pamela Brown noted that Trump's personal lawyer, Rudy Giuliani, continues to insist that Robert Mueller's probe into Russian meddling in U.S. elections has revealed "no collusion", and asked Schultz what to make of the fact that four of the president's associates have been sent to prison, and seven have pleaded guilty.

"I don't think it says anything relative to collusion," Schultz said. "The fact that a bunch of Russians were charged is irrelevant to that fact. The fact that Manafort was charged in a number of crimes unrelated to the campaign, again, irrelevant to any inquiries as it relates to the president of the United States or his campaign. Same thing with Michael Cohen, there was nothing related to the Russians or otherwise as it relates to Michael Cohen. None of these things are relevant --"

"Well, he did lie," Brown interjected, as Schultz tried to drown her out. "He pleaded guilty to lying to Congress about Trump Tower Moscow. So that does relate to the Russia probe."

"That relates to lying," Schultz tried to argue. "That has no connection --"

"It raises a bigger question of why he lied, who he was talking to in the White House, those around President Trump about that statement to Congress that he admitted to lying about," Brown shot back. "There's still a lot of unanswered questions. Not a done deal."