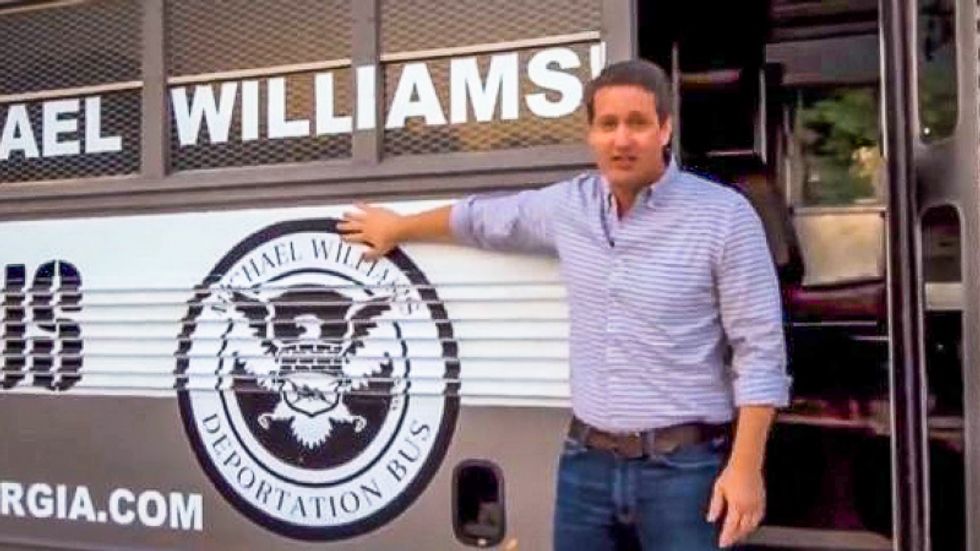 A Georgia state senator who advertised his campaign for governor with a so-called "deportation bus" reported to jail on Wednesday.

The Atlanta Journal Constitution reported that Republican state Sen. Michael Williams turned himself into Hall County jail just days after being indicted on insurance fraud and other charges.

Williams was indicted after he told authorities that $300,000 worth of computer servers had been stolen from his campaign office. He said that the server had been used in a cryptocurrency mining operation.

Williams is accused of lying to a Georgia Bureau of Investigation agent when he said he was at home in Forsyth County, not in the Gainesville area at the time of the purported burglary. The indictment, which doesn’t say what allegedly actually happened to the servers, accuses Williams of making a false insurance claim related to the servers.

A.J. Richman, an attorney for Williams, insisted that an indictment “is not evidence of anything.”

Williams came in last place out of five Republicans in the 2018 gubernatorial primary. He is expected to remain in his Senate seat until early next year.

Richman has vowed that his client would be out of jail "soon."

Watch a video about Williams' "deportation bus" below.