Giuliani melts down defending Trump lies about Cohen: 'Unless you're god, you'll never know what the truth is' 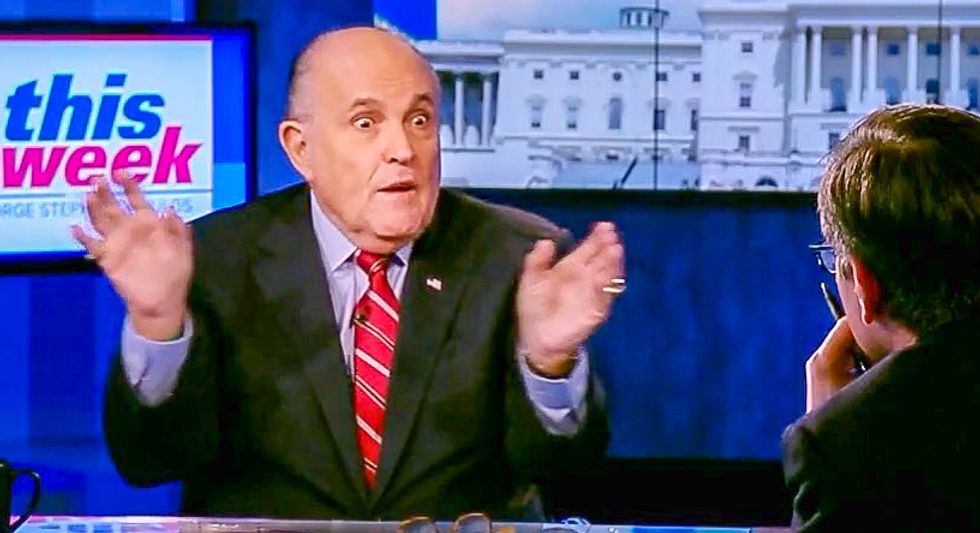 Rudy Giuliani, an attorney representing President Donald Trump, insisted that Trump's former attorney, Michael Cohen, could not be believed when it comes to allegations that illegal campaign contributions paid off multiple mistresses for their silence.

"[Cohen] is saying the president knew it was wrong and directed him to do it anyway," ABC host George Stephanopoulos told Giuliani on Sunday.

The ABC host pointed out that the Justice Department's Southern District seemed to have evidence to back up Cohen's version of events.

"I'm disgusted with the Southern District," Giuliani complained. "See what we're talking about, it's not a crime. It's not a crime, George. Paying $130,000 to Stormy whatever and the other one is not a crime."

"Two weeks before the campaign?" Stephanopoulos pointed out.

"Damn right," Giuliani shot back. "Oh, right, give me a break. Obama paid $2 million in fines for campaign finance."

"Those are reporting violations as you know," the ABC host reminded the attorney.