'Giuliani has had problems with the facts': Cohen lawyer Lanny Davis says Rudy lies because his client can't stop lying 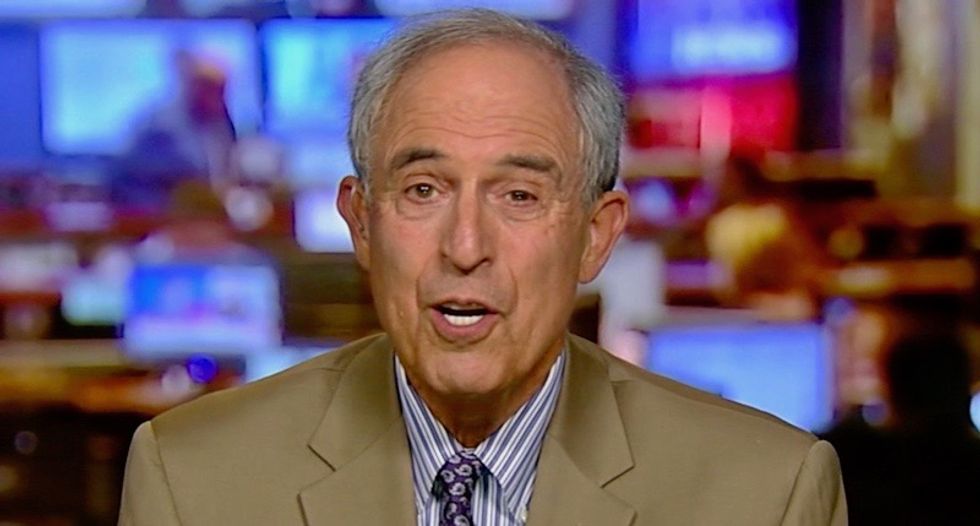 Michael Cohen's former lawyer Lanny Davis appeared on MSNBC's "Kasie DC" to tell-all about his experience working for a man under attack from President Donald Trump and GOP allies.

He began by saying that the only reason Cohen did the interview with "Good Morning America" was to dispute the president's attacks on Cohen's wife, father, uncle and "whatever else Mr. Trump does."

He revealed Cohen agrees that Trump is a "bully" and has "partly" undergone a kind of "transformation" since Trump took over the Office of the President.

"Some of those clips that I've saw are cringing, knowing him the way I know him now, that he evolved once he became president and saw somebody that he thought was dangerous to the country, and that's the process that he went through that I actually call a transformation that led him to this moment, to tell the truth about Donald Trump," Davis said about his former client.

Davis doesn't think it's a convenience; rather it's the experience of someone who's endured the vilification by an entire country.

"The president called him a rat. I did put my own message up on Twitter today that, let's get this straight, the president is the top law enforcement officer in the country," Davis continued. "He calls somebody who tells the truth to the prosecutors a rat and someone who stonewalls prosecutors sympathetic. That sounds more like the rule of the mob than it does the rule of law under a president."

Davis said that he believes Cohen's contrition and evolution.

He also noted that the cooperation he's agreed to with special counsel Robert Mueller is "without limits."

But it was when host Kasie Hunt played the Sunday morning clip of Giuliani that Davis began to chuckle.

"I don't if you noticed, when you mentioned Giuliani, I half-frowned," Davis grinned.

"I know he has a tough job as a lawyer, but this is the man who caused me to go on a rival network called CNN with a tape, and Mr. Giuliani said, it was Michael Cohen who used the word 'Cash,' who brought up the [Karen] McDougal hush money payoffs," Davis continued. "And I listened to the tape. And I said to my colleagues, 'Wait a minute, this is the opposite of what Giuliani is saying.'"

He wondered if Giuliani would get away with blatantly lying after listening to the tape.

"And Giuliani has had problems with the facts, because his client has had a problem with the facts," Davis explained. "And in a funny way, I have sympathy for Mr. Giuliani, even though he knows he's not telling the truth, but he's reflecting his client who doesn't tell the truth."