'Give me a pizza and a Diet Coke': Ex-CIA official ready to settle in and hear Maria Butina sing like a canary 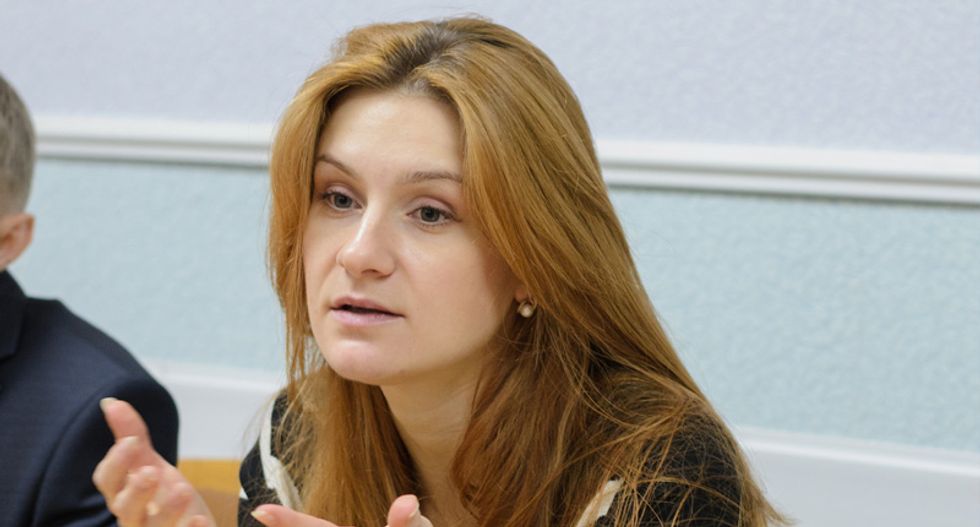 A former CIA agent and current CNN analyst explained why he's ready to settle in with some snacks and hear what alleged Russian spy Maria Butina has to say amid news of her plea deal with federal prosecutors.

Butina, a former American University graduate student who interfaced with well-heeled GOP donors, previously denied she was an agent of the Russian government when reports first emerged about the government's accusation -- a reversal that made news that she's pleading guilty to it all the more surprising.

Mudd suggested that to answer that question, he'd have to know "what she's cooperating on."

"I wanna see if she's coming clean or if she is going to pull a Paul Manafort and not cooperate at all," the intelligence analyst said. "If she is, give me a pizza and Diet Coke because this is what people like me live for."

Mudd said he wanted to know what type of "tradecraft" Butina was using, whether she knows of other Russians doing the same and whether she's willing to implicate them.

"If she wants to sit down and talk that's a lot of pizzas because she will have a lot of information," he said.

Later in the segment, Mudd ran through the line of questioning he'd pursue if he were an intelligence official interviewing Butina.

"Let me go technical," he continued. "Who paid you for that, how was the method of payment managed. I want to know how they’re operating in the United States. People in the political realm want to know what her goal was, I want to know the action. How are you getting paid, how are you communicating."