'My lord': MSNBC’s Mika gasps when ex-FBI official explains Mike Flynn may have worn a wire with Trump 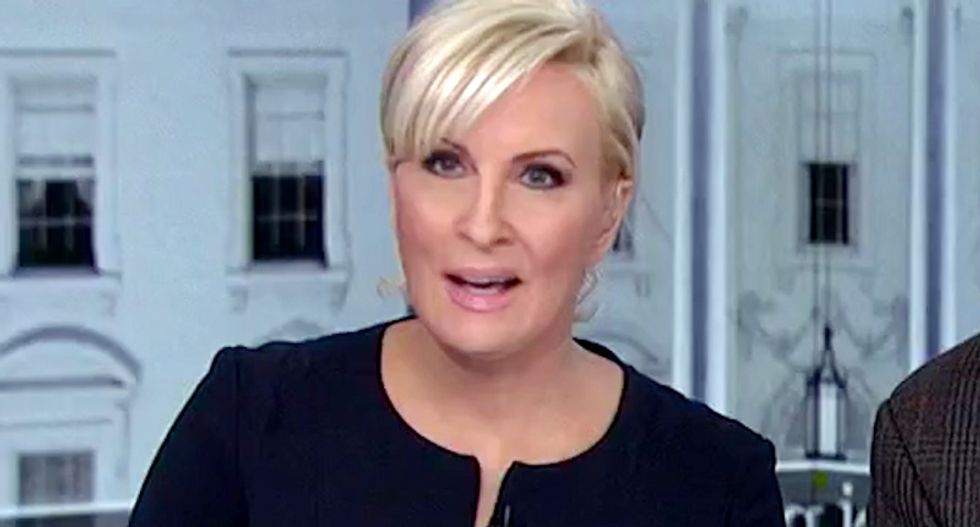 MSNBC's Mika Brzezinski gasped aloud when a guest suggested just how deep special counsel Robert Mueller may have been able to peer into President Donald Trump's dealings with Russia.

"I think, in fact, that underneath these redactions, if we were to lift these black magic marker points out, we would see people with the last name Trump or Kushner," Figliuzzi said. "That's my gut, that's how this reads. I believe the extensive redaction is a reflection of that level of sensitivity."

Figliuzzi said the heavy redactions were out of character for Mueller, who typically issued highly detailed filings that revealed the scope of his evidence in specific cases -- and the former FBI official explained why that should worry the president.

"It's part of a deliberate strategy to lock in the information before he's possibly taken out," he said. "What did we see yesterday? We saw the opposite of that, we saw lots of redaction. You do that in the FBI either when you have classified information or you are at such a sensitivity level that you cannot expose it."

Brzezinski pointed out that Flynn was a constant presence at Trump's side during the campaign and in his brief, 24-day tenure in the White House -- and Figliuzzi offered a jaw-dropping possibility hinted at in Mueller's memo.

"We see reference here to quick cooperation by Flynn," Figliuzzi said. "What does that mean? Did it happen in what we call the golden hour, where you could even wire somebody up and have him share communications in real time?"

Brzezinski reacted to the suggestion with astonishment.