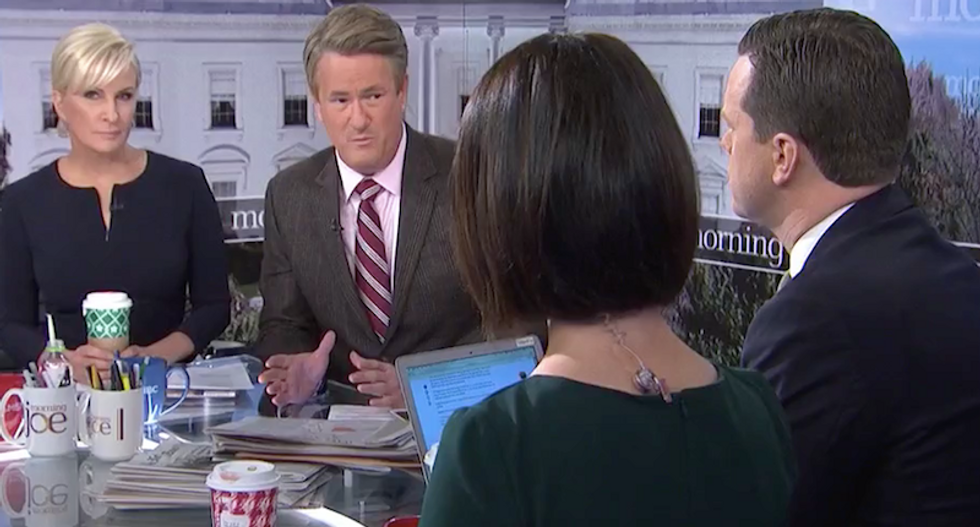 Co-host Mika Brzezinski called the deal "poisonous" because was reached without input from the dozens of victims identified by investigators, and prevented their allegations from becoming public.

"The deal was done in secret, preventing Epstein's alleged victims from testifying at his sentencing," she said. "It also shut down the federal investigation concealing the extent of his alleged crimes, and it granted immunity to any potential co-conspirators."

A new lawsuit seeks to undo the controversial plea agreement as a violation of the federal Crime Victims Act -- and Scarborough said the entire case should be re-examined.

Epstein was friends with both Trump and former President Bill Clinton, along with other rich and powerful men such as Alan Dershowitz, and the co-hosts agreed the facts should come out.

"If #MeToo means anything, this goes down, this story comes out," Brzezinski said.

Co-host Willie Geist said Epstein's conduct was too egregious to be sugarcoated.

"This man has been described as a creep," Geist said. "No, he is a child rapist, let's be clear about what he has done here."