'Out of his mind or stupid?' MSNBC's Mika destroys Trump's increasingly frantic 'no collusion' denials 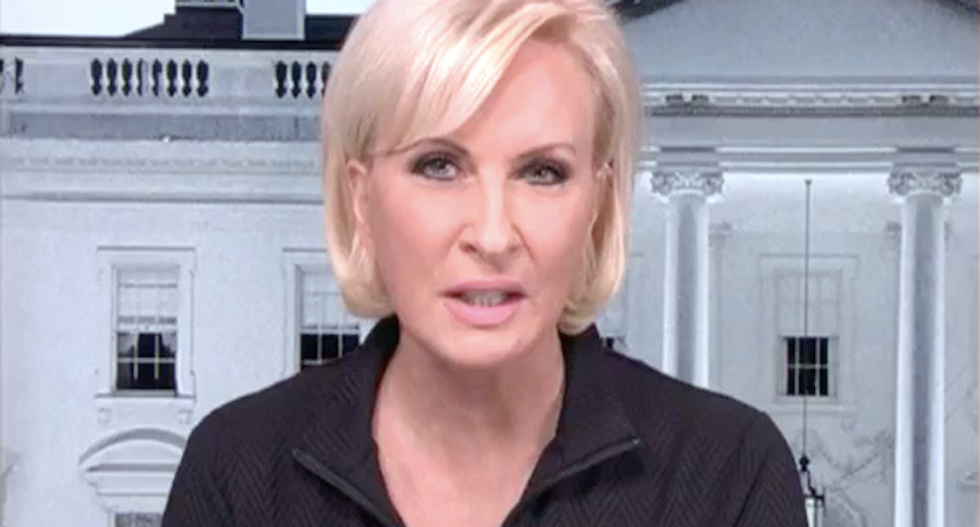 MSNBC's Mika Brzezinski said President Donald Trump is either "stupid" or mentally ill if he believes he can talk his way out of the gathering threat from special counsel Robert Mueller and other investigators.

The president was named as an unindicted co-conspirator in his attorney Michael Cohen's sentencing documents, and he's under investigation by state and federal authorities for a variety of allegations.

"I feel like Donald is sort of lost in this parallel universe that used to work, when what he said 100 times could finally become -- partially, maybe -- what people thought, and now he's in Washington with a special counsel breathing down his throat and he thinks he can say 'no collusion,' and that means no collusion," Brzezinski said.

MSNBC contributor Donny Deutsch said the president's denials had become "laughable and pathetic," and the "Morning Joe" co-host said there were really only two explanations for his behavior -- neither of them good.

"The other option is that he's lost his mind or he's completely, completely -- what's the word for stupid that's more polite?" Brzezinski said.

Deutsch said both options were correct.

"I think it's a little bit of both," he said. "We've talked ad nauseam on this show about this. This is a man who has lived his entire life without checks and balances, and he's living in a town that was built on checks and balances and Madisonian principles. I think we're going to see up close and personal a guy, a man, a president completely unravel."

"We have a guy who, at best, is not playing with a full deck and now is under a pressure he's never seen his entire life -- and it's just the beginning," Deutsch added.