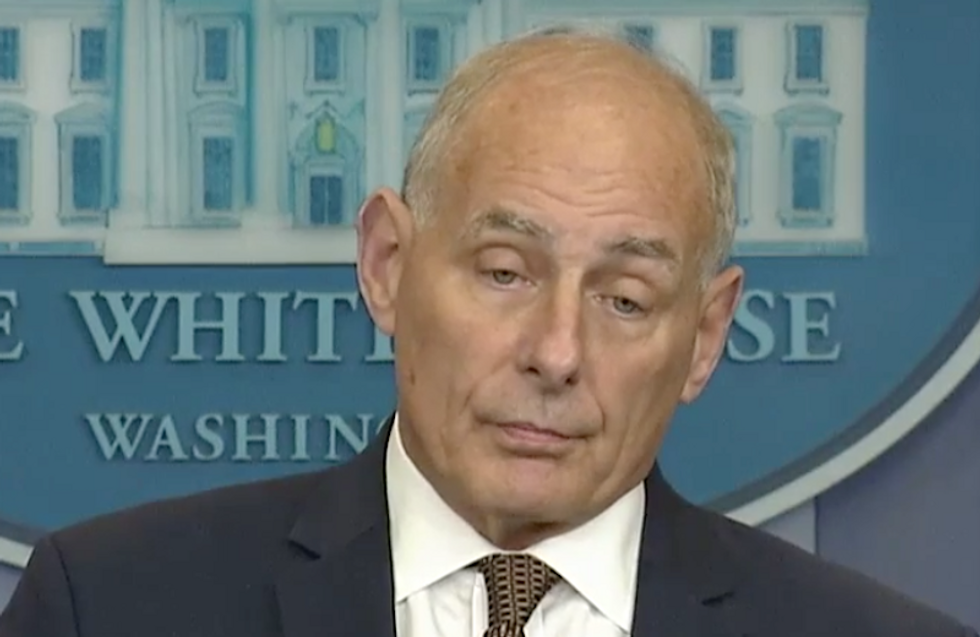 Chief of staff John Kelly did his exit-interview with the em>Los Angeles Times, raising his concerns about the president and the country under his leadership. But at least one commentator said it seemed as if Kelly was trying to cleanse his reputation on the way out the door.

Kelly told The Times that people shouldn't look at the things Trump did on withdrawing from Afghanistan, it was what he hadn't managed to make Trump do.

"Well, that's pretty convenient because we don't know what those are," said Deputy Assistant Secretary of State Phillipe Reines. "If Donald Trump wants to write a memoir where he says he hit the nuclear button and John Kelly rescinded the order, then I will take back everything I'm about to say, but these pieces and books people are doing as some kind of reputational cleanse, they shouldn't move us. We know what Donald Trump has done. That is all that matters. The people around him are part and they are not making things I know we all want to believe that they are. But they are not."

Kelly isn't the only one that has left the White House in attack mode. Omarosa Manigault Newman railed against the president and published a tell-all book based on a series of secret recordings she made over her time at the White House.