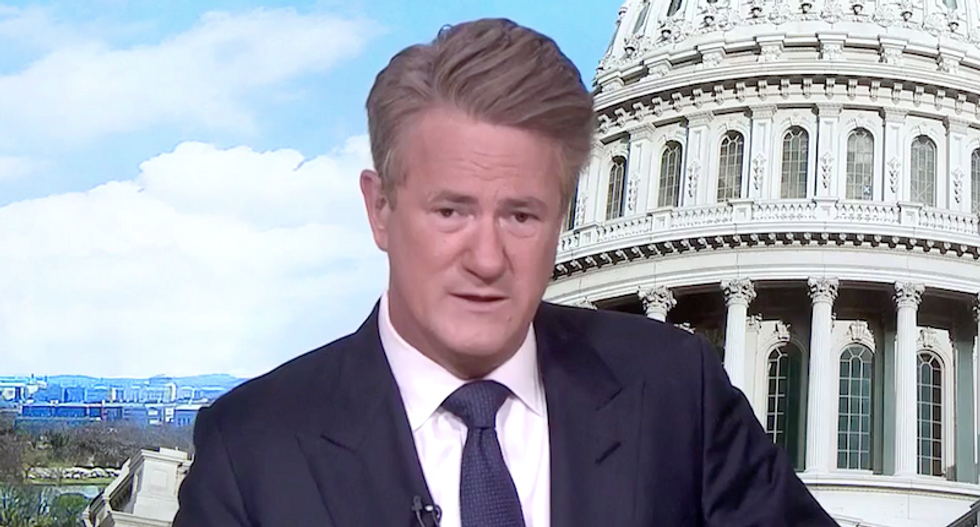 The president claimed some of those workers assured him they were willing to give up their paychecks in exchange for the wall, but the "Morning Joe" host claimed Trump was simply fabricating those conversations.

"That's kind of like his friend Jim, who he always said went to Paris and kept saying, 'Well, Jim is saying Paris doesn't even look like Paris anymore,'" Scarborough said. "It seemed like he was making it up, right? That was President Trump claiming that federal employees were telling him keep the government shutdown."

Trump on Thursday tweeted out a threat, claiming most of the furloughed workers were Democrats, and Scarborough said the president's position was perilously weak.

"He's confused, what a surprise," Scarborough said. "Just 17 days ago, President Trump, remember this, he said that he would take the mantle of a government shutdown, that he would take the blame of a government shutdown, and there were a lot of Republicans on Capitol Hill who were upset because they knew how the president's reckless words, they knew that the president being baited and looking foolish in front of Chuck Schumer would end up hurting them in the end."

Polling showed that Trump did, in fact, own the shutdown.

"Voters are blaming him for the shutdown," Scarborough said.