MSNBC's Morning Joe: Trump 'has already confessed from the mountaintops' to crimes Mueller is investigating 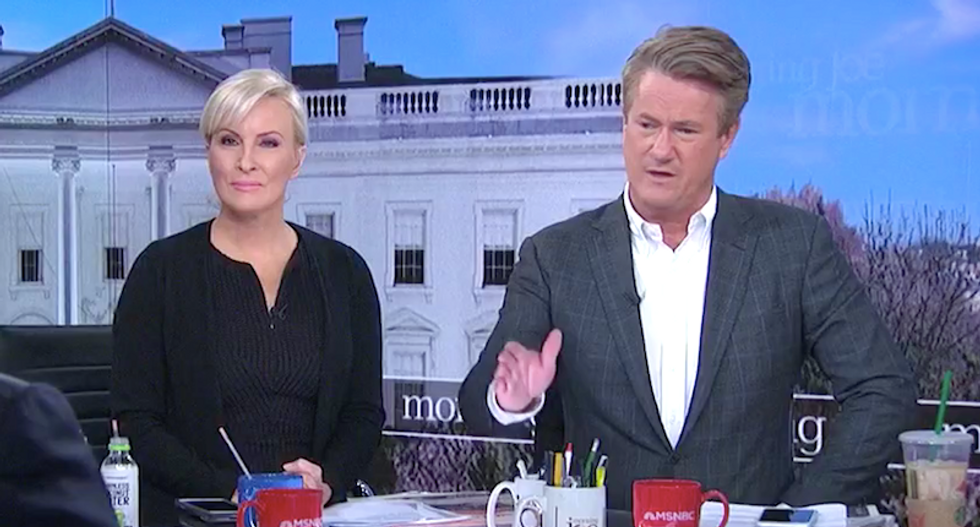 The "Morning Joe" host disagreed with journalist Bob Woodward -- who helped expose the Watergate crimes that led to Nixon's resignation -- that more and stronger evidence was needed to prove Trump had broken the law.

"This is a year into the presidency, earlier this year this occurred -- (Secretary of State Mike) Pompeo realizes what's going on and says there's a thin blue line of keeping some order in all of this," Woodward said. "There are things when the presidencies go off the rails, we know that."

Scarborough asked whether the Trump presidency had gone off the rails, and asked Woodward to compare the current situation to the Watergate news in 1973 and 1974.

"We've got to watch it," Woodward said. "The Mueller investigation is significant, dramatic. I know from the Nixon case, you need irrefutable evidence or tapes or witnesses or documents to get full credibility."